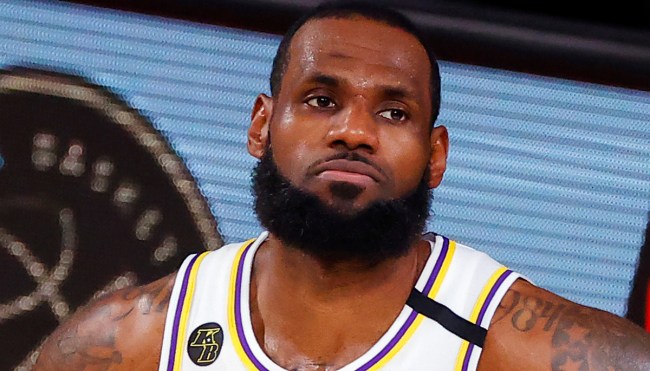 It’s safe to assume the talking heads who make a living chatting about sports on television shows and radio programs are dreading the day when LeBron James decides to bring his legendary basketball career to an end, as it’s hard to imagine how they’ll be able to fill the massive void that will inevitably form once the dust around his retirement settles.

It’s been over two decades since James was thrust into the national spotlight when he was still Just A Kid From Akron, and the generational talent somehow managed to exceed the lofty expectations that were placed upon him at the start of an NBA career thats’ produced four championships, the same number of Finals and regular season MVP awards, and 18 appearances in the All-Star Game.

He may make it look easy, but King James has been constantly subjected to reminders concerning the veracity of the saying “heavy is the head that wears the crown” thanks to the tsunamis of criticism and endless legions of haters he’s had to weather.

That group includes former ESPN personality Michelle Beadle, who is by no means the harshest LeBron critic the network has boasted over the years. However, she apparently did something to get under his skin during her time in Bristol; last year, she claimed James attempted to get her fired based on how she treated him in the wake of “The Decision.”

Now, she’s shed even more light on their rocky relationship thanks to what she revealed during a recent appearance on The Sessions with Renée Paquette. During the conversation, Beadle said she’s chatted with other members of the media who have similar stories about James attempting to sabotage their careers and shared one situation where he singled her out by sliding into her DMs.

Here’s what she had to say via Total Pro Sports:

“This was a long time ago—I guess when I followed him—and I got a DM that was like, ‘Why are you so mean to me on television?’

And I just sort of laughed it off. I didn’t even think about it.”

The best basketball player on the planet; he’s just like us!