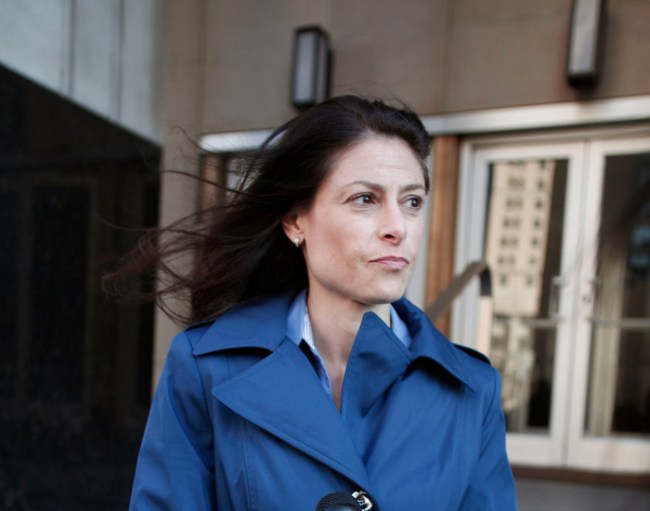 For some reason, Michigan Attorney General Dana Nessel posted an ‘official statement’ about getting drunk while tailgating ahead of the Michigan-Michigan State game. It’s just the latest example of politicians not being anything remotely close to normal people.

Nessel, a 52-year-old Democrat, explains that she arrived at the tailgate on an empty stomach so elected to ‘eat’ two Bloody Mary’s. According to her, that’s all she ate or drank and her drunkenness got to the point where she had to be rolled around in a wheelchair.

You have to read her full post to get the entire story here, but beware, you’re going to be triggered while reading it.

MY OFFICIAL STATEMENT ON “TAILGATE-GATE”:

My staff has pleaded with me to hire a crisis-management PR firm for an incident that occurred on 10/30 at the UM/MSU football game. Instead,

I thought I would just share the events which transpired that fateful day.

Before the big game, I attended a tailgate on an empty stomach. Much to my surprise, MSU tailgate’s tend to have more alcohol than food, so I thought it seemed like a good idea to eat 2 Bloody Mary’s, since as long as you put enough vegetables in them, it’s practically a salad. As it turned out, this was not a brilliant idea. Also, I might be a terrible bartender.

I proceeded to go to the game (which I’m told Michigan definitely won!) and started to feel ill. I laid low for a while, but my friends recommended that I leave so as to prevent me from vomiting on any of my constituents (polling consistently shows “Roman showers” to be unpopular among most demographics).

I had a few folks help me up the stairs and someone grabbed a wheelchair so as to prevent me from stumbling in the parking lot. Like all smart people attending festivities where drinking occurs, I had a designated driver. I went home, fell asleep on the couch, and my wife threw some blankets on me and provided me with some water and Tylenol for what she knew would be a skull-crushing hangover the next day. (Best wife ever!)

So there. That’s the scandalous tale of the events which transpired at Tailgate-Gate. (Also at some point it seemed like a good idea to make the governor take a picture with Ron Weiser. Sorry Governor!). Just so one doesn’t have to imagine what this scene might have looked like, I’ve attached this handy photo.

Normally I would ask my trusted friend and communications savant Kelly Rossman-McKinney for advice on how to best handle this crisis, but she died last night, so I can’t.

I am human. Sometimes I screw up. This was definitely one of those times. My apologies to the entire state of Michigan for this mishap, but especially that Michigan fan sitting behind me. Some things you can’t un-see.

From now on, I pledge never to drink on an empty stomach, and definitely never to have another Bloody Mary. Cause it’s gonna take a while to get that taste out of my mouth.

Sorry to all the people who have supported me for letting you down. I will try to do better.

Michigan Attorney General Gets Drunk, Writes A Memoir About It

Where do we even begin in dissecting this piece of work?

Nessel probably heard that one singular person caught wind that she got hammered at the game and ‘wanted to get out ahead of things’ like any politician.

First of all, she says she didn’t know that Michigan State tailgates had alcohol at them? Nessel got her bachelor’s degree from Michigan, she knows exactly what goes down at tailgates. Secondly, nobody force-fed her two Bloody Mary’s.

Oh, and how about the line about her friend and communications friend just dying the night before? What a way to honor a lost friend, Mrs. Attorney General.

Also, Michigan did not win the game, the Spartans won.

Clearly, this is supposed to be a lighthearted, funny post, but at the end of the day, not one single human walking the planet asked for her to talk about any of this. Nobody cares she got drunk at a football game, it would have been cooler of her to get drunk at a game and not write a 1,000-word Facebook post about it, but again, politicians aren’t normal people.

I’m sure she and her team worked diligently on the Facebook post and called it a good day’s work. Folks in Michigan have to be very pleased with Nessel, at least she didn’t throw up on anyone or get behind the wheel of her car after pulling off the unthinkable act of drinking two drinks at a college football tailgate.