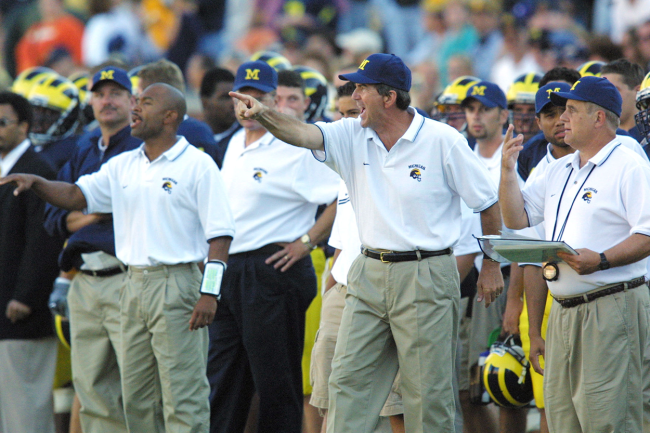 The next few months will be absolutely crucial for recruiting in college football. Especially for the quarterbacks.

Typically, top-ranked signal-callers prefer to commit prior to their senior year of high school. That allows them to focus on their final high school season and it ensures that they have a place to play college football if they have a terrible final season. And, perhaps most importantly, it allows them to go out and recruit other players around them through social media and other forms of communication.

In this case, it is a rising junior who is set to commit.

Among the top quarterbacks in the Class of 2024 is C.J. Carr, a five-star quarterback from Saline, Michigan. He is the grandson of former University of Michigan head coach Lloyd Carr, who led the Wolverines from 1995 to 2007, won a national championship and five Big Ten titles, and won more than three times more games than he lost.

As a result of his lineage, C.J. Carr was long considered a lock to follow in his grandfather’s footsteps, stay in-state and commit to Michigan. He also has offers from Notre Dame, Penn State, Wisconsin, Michigan State, Alabama, LSU and Georgia, among others. The 6-foot-3, 190-pound prospect could pretty much go anywhere in the country and is set to announce his commitment on Thursday.

However, after years of being considered the future quarterback for the Wolverines who could help lead them to a national championship like his grandfather, that does not appear to be the case anymore.

C.J. Carr is believed to be set to commit to Notre Dame later this week.

In turn, Michigan fans are melting down. One in particular offered a tremendous rant on Tuesday and used the classic line of “well we don’t want him anyway,” even though that is entirely false.

#Michigan fan is a bit upset that CJ Carr, grandson of Lloyd Carr, may choose to play at #NotreDame. #wedontwanthimanyway pic.twitter.com/9F1w0QofmR