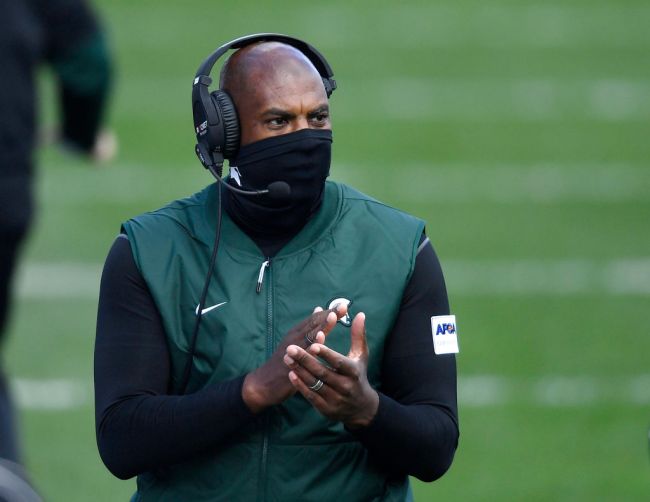 Michigan State first-year head coach Mel Tucker is ready for his first taste of the Michigan-Michigan State rivalry this Saturday when the Spartans travel to Ann Arbor.

Tucker is going all-in when it comes to the rivalry and the hate the Spartans have for the Wolverines by referring to Michigan as “the team down the road.” During a media session on Tuesday, Tucker made it clear that he wouldn’t be calling Michigan by its name, at least not this week.

“I don’t think there’s any question for me who we’re playing this week,” Tucker said on a video call Tuesday according to the Detroit Free Press. “So, it’s the school down the road. I think we all know who that is.”

Maybe he’s taking a play out of Ohio State’s playbook as the Buckeyes refer to Michigan as ‘The Team Up North.’

Tucker’s tenure at Michigan State got off to a horrific start on Saturday as Rutgers came to East Lansing and beat the Spartans 38-27. While Michigan State has beaten Michigan four out of the last seven matchups, the Wolverines have won the past two meetings in East Lansing.

Tucker was a graduate assistant at Michigan State under Nick Saban in 1997 and 1998, so he does have a bit of experience on the sidelines of this rivalry, but it’s likely going to be a steep uphill battle for Michigan State on Halloween afternoon.