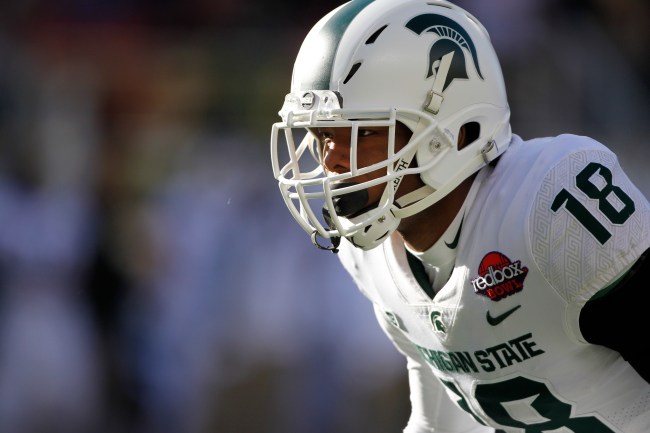 In a time where recruits are making decisions on their future primarily due to a school’s #clout, Michigan State just took one colassal step backwards.

In April, the Spartans revealed mock up photo illustrations of their alternative uniforms for the upcoming season. They were kind of whack looking, with head-scratching aesthetic decisions like adding a lime green element and increasing the ‘STATE’ on the front by 1,500 percent.

A poll in the Lansing State Journal in April found 73% of fans didn’t like the new look.

If only those remaining 27 percent of people saw the abomination without filter up close and personal, it’s hard to argue that these aren’t the uniform equivalent of Antonio Brown’s feet.

Suffice it to say, the internet was not kind.

What — and I cannot emphasize this enough — the fuck is that?

This would be so much better 🙃 pic.twitter.com/hX3fMOeXKR

I think I need to see a therapist to overcome the trauma.