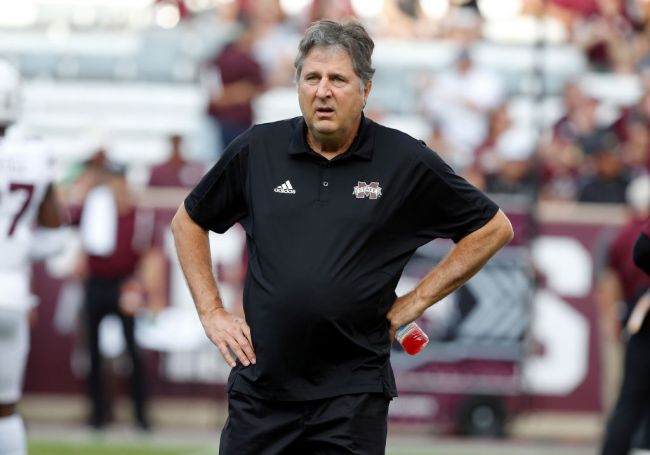 Mississippi State welcomes Alabama to Starkville this weekend for what should be an interesting matchup with the Crimson Tide coming off of a major upset loss at Texas A&M.

Ahead of the contest between the Bulldogs and the Tide, Mississippi State head coach Mike Leach spoke about Alabama head coach Nick Saban during his Monday press conference.

Instead of saying something outlandish as he does sometimes, Leach took the question about Saban seriously. He made it clear that he has a ton of respect for Saban and also shared a unique opinion about what he thinks makes Saban such a great coach.

“I have known him for quite a while,” Leach said. “I have always thought he evaluates really well. He’s in a position where he can get pretty much anybody, but I think he evaluates which ones to take very well.

It doesn’t take much for Saban to get any recruit he wants to Alabama, the program recruits itself at this point, which makes Leach’s point about evaluating and actually coaching these players so interesting.

Leach is spot on here, you see five-star recruits flop at programs every single year, and while some don’t work out for Alabama, Saban continues to produce elite talent at every position year after year.