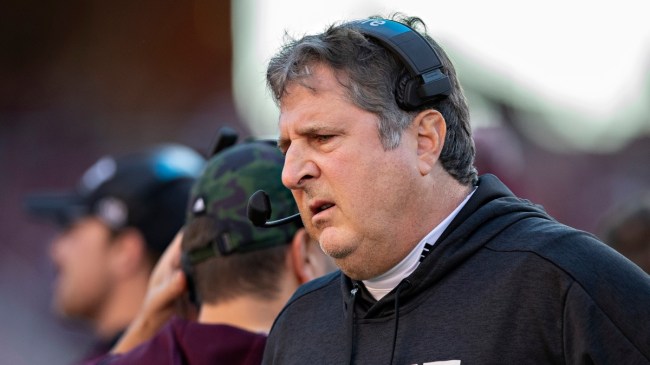 Mississippi State Bulldogs head coach Mike Leach has become a fan favorite over the years. Unfortunately, he’s in the middle of suffering a health scare on Sunday.

It’s unknown what his health status is at this time. Even so, fans are hoping only for the best for the Mississippi State head coach.

According to Sid Salter, and confirmed by Ross Dellenger, Leach was taken to the hospital on Sunday after suffering a health scare. Dellenger reminds everyone that Leach has a brief history of health issues, as he battled them last season. Hopefully, nothing serious happens, but everyone at Mississippi State is alert.

Mike Leach, who has battled health issues this past season, transported to hospital.

The school also made an official announcement about the situation. After providing the information that Mike Leach was sent to the hospital, Mississippi State reveals their plans until he returns, per the school’s official website. “MSU President Mark E. Keenum and Interim MSU Athletics Director Bracky Brett have conferred, and the decision has been made to place MSU Defensive Coordinator Zach Arnett in charge of the MSU football team until Coach Leach returns.”

Until then, the Bulldogs will continue preparing for their bowl game and recruiting. Even so, everybody is concerned for Mike Leach. We just hope the Mississippi State head coach is okay.

Everyone wants Mike Leach to be okay.

Prayers up for Coach Leach from Red Raider nation. Never underestimate the strength of a pirate.

Keep a close eye on this situation, as more information could come to light soon.