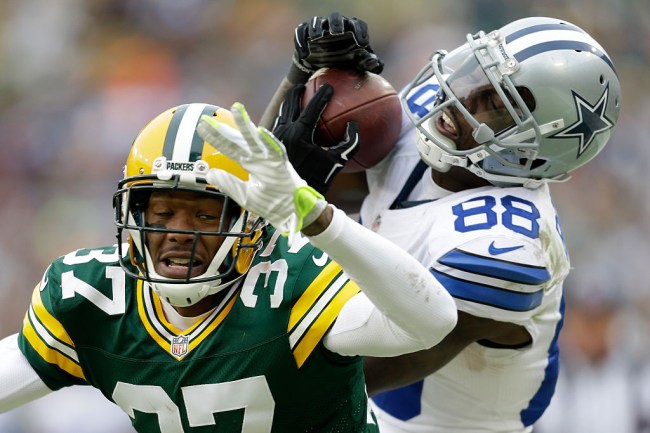 In 2018, NFL owners unanimously agreed to update the league’s rules defining what is and isn’t a catch in an attempt to appease fans and players who’d witnessed obvious completions that were overturned thanks to a ball inconsequentially making contact with the ground or a receiver not making whatever the hell a “football move” is supposed to be.

The new regulations were seemingly sparked by the outrage over a number of notable “incompletions” that seemed like obvious catches to the naked eye, like a pass Calvin Johnson managed to grab for an apparent game-winning touchdown during a contest in 2010 that was eventually overturned because it touched the ground after spending a solid chunk of time in his hands.

The Steelers also fell victim to the ambiguous definition after Jessie James appeared to score a touchdown that would have essentially secured them a crucial win during a matchup against the Patriots in 2017.

However, there is perhaps no ruling that was more controversial than the one the Cowboys fell victim to during a playoff game against the Packers in 2014 after Dez Bryant hauled in a throw that would have put them on the goal line if it hadn’t been challenged by Mike McCarthy and overturned upon review.

As you likely know, McCarthy has now found himself as the coach of the team he ultimately defeated in that showdown, and during his introductory press conference on Wednesday, he was unsurprisingly asked to share his opinion on whether or not he believes Bryant and the Cowboys got screwed.

Mike McCarthy was the coach who challenged that, now infamous, play in 2015. Hear what the new Dallas Cowboys head coach had to say about it today.@KVUE #Cowboys pic.twitter.com/KDex61khxK

McCarthy praised Bryant for expertly snatching the ball out of the air and admitted he thought it was “a great catch” but also explained why he decided to throw the challenge flag at the time, saying:

“I had one timeout, maybe four minutes left in the game. And I said after the game that was one hell of an athletic play. I was impressed. Dez and Sam Shields, you’re talking about two great athletes going after the football.

But I asked the question in regards to how the rule was written, and I was given the right answer by the referee, so then I challenged it.”

His semi-admission likely won’t serve as any consolation to bitter Cowboys fans who still haven’t gotten over it but I’m sure they’ll be more than happy to let bygones be bygones if McCarthy can be the man who finally turns things around in Dallas.