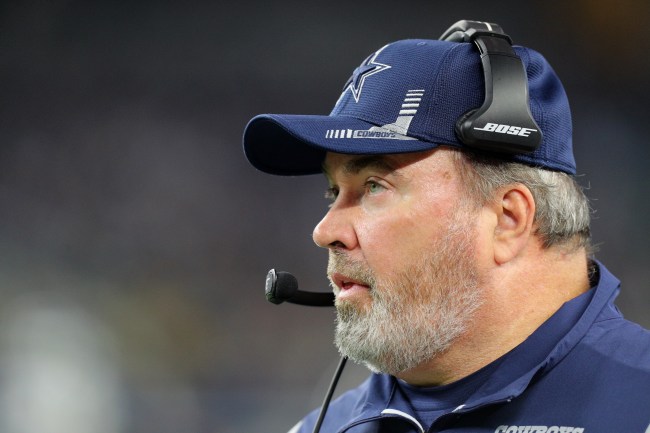 It’s a time-honored tradition. Throughout the years, Nickelodeon has made it customary for those who appear on their channel to get slimed. You just won a Kids’ Choice Award? You get slimed. You scored a touchdown in a game aired on Nickelodeon? Animated slime gets shot on the broadcast.

They even had a show called “Slime Time Live”. It only makes sense that they’d bring this tradition down to the field for their NFL Playoff game. It sounds like it could be soon.

Mike McCarthy was asked whether or not he’d be okay with getting slimed if the Dallas Cowboys win on Sunday. His answer definitely wasn’t a no.

Since the game will be broadcast on @Nickelodeon, Mike McCarthy on if he’d be willing to get slimed if the Cowboys win:

“Will I be willing to get signed? Oh, slimed. OK, I obviously haven’t put on Nickelodeon lately. I don’t even know what slime is … Anything for the children.”

There would be plenty of cause for celebration if the Dallas Cowboys were able to get the win on Sunday. The Cowboys have struggled in the playoffs for years now, going 3-7 in the last 2 decades and failing to make it past the divisional round since the mid 90s.

They are also a popular pick to be upset this weekend. That is largely because the offense has been extremely inconsistent throughout the season. They also draw an opponent with a strong defense in the San Francisco 49ers.

At a time in the world of sports where we just witnessed a mayo bath and a french fry bath, this would fit right in. I hope whoever does win this game, we get to see an NFL coach continue the grand tradition of being slimed on Nickelodeon. The world deserves to see either Mike McCarthy or Kyle Shanahan covered in slime on Sunday.