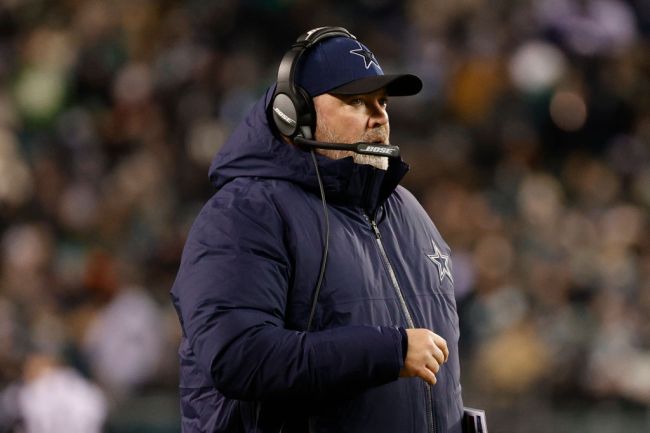 When the Dallas Cowboys season came to an end in the first round of the playoffs, a quarterback run became a very popular topic of conversation. It was a designed run that out the clock on the Cowboys’ season and saw them miss out on one final chance to complete a comeback against the San Francisco 49ers.

While the last QB run the Cowboys drew up didn’t exactly go according to plan, it seems their head coach is expecting a lot more of them in 2022. Today, Mike McCarthy revealed that he expects to Dak Prescott to be on the move more next season.

Mike McCarthy said the Cowboys will put in more quarterback runs and quarterback movement plays in 2022 after being limited in 2021 with Dak Prescott coming off fractured ankle. He is quicker, more comfortable and moving better in the offseason compared to last year

2021 was the worst season of Dak Prescott’s career as a runner. He averaged just 9.1 rushing yards per game in 2021 after returning from the ankle injury that cost him the last 11 games of his 2020 season. He had never averaged less than 17 per game in any other season.

Having Prescott back at full strength and once again operating as a major threat to run would be a big boost to a Cowboys offense that struggled at times last season.

The Cowboys will also likely be hoping that Dak’s rushing ability will help negate any trouble the offensive line will have this season and losing the team’s second best receiver in free agency.

Having Dak on the run will be a major positive for the Cowboys offense and now they at least know not to try and have him run down the middle with 14 seconds left and no timeouts while trying to make a comeback.