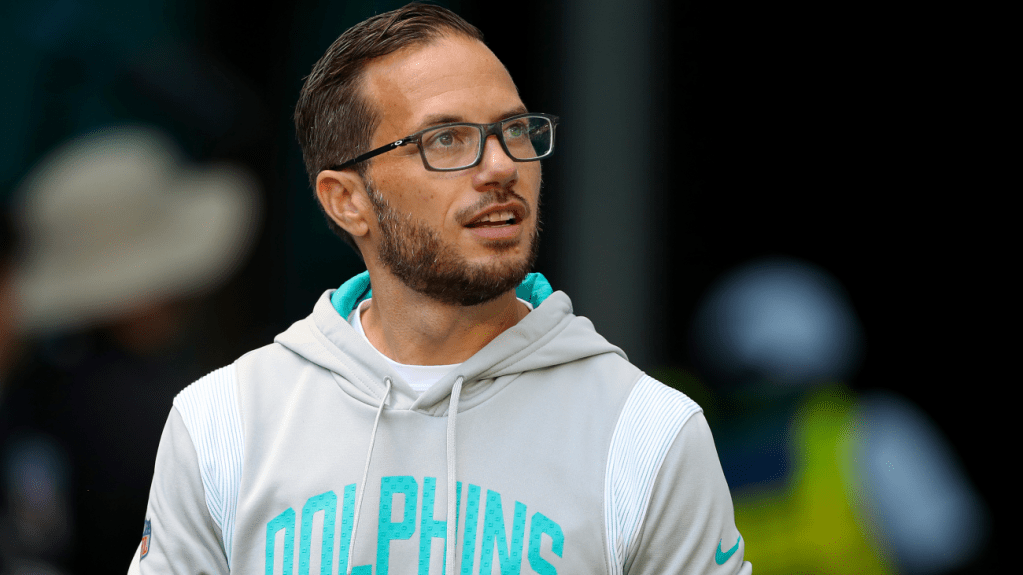 Mike McDaniel and the 3-1 Miami Dolphins are set to travel to MetLife Stadium this week to face Robert Saleh‘s 2-2 New York Jets. Miami’s starting QB Tua Tagovailoa has been ruled out for the game which could prove to be the difference maker for the Jets, but there’s already a war of words going on, of sorts.

McDaniel and Saleh have worked together several times throughout the years including with the 49ers and Texans. It was in Texas where Mike first met Robert and he shared a hilarious story about how at that job, Robert Saleh was basically a ‘squatter’ between jobs and put himself to work doing things like reading manuls to fix printers just to make himself useful around the clubhouse. There’s video below along with Mike’s comments

McDaniel said “well, he was a squatter when he first got the job in Houston…which was hilarious.” For anyone not sure what that meant exactly, he went on by saying “I came with Gary Kubiak, and Troy Calhoun from the Broncos and at Houston we had an office, and there was one guy in there when I got there, and it was Robert Saleh. He hadn’t been terminated and he had been working with Dom Capers (on the previous staff), I think he had like two more weeks of pay or something.”

Instead of just doing nothing for 2 weeks while getting paid, Mike McDaniel explained how RobertS aleh made himself useful. He added “he did an excellent job of just forcing his hand, getting face time with the head coach. He just sat in there all week. I think I go there on Tuesday and he just sat across from me awkwardly in this room…and he just waited there until like Friday, when he barged in and told [Kubiak], ‘Hey, I really want to work for you.'”

The Miami Dolphins head coach finished it off with “there are a lot of those stop-gaps at the beginning of Robert Saleh’s career. Always a sponge. Always unbelievably smart. He’s never been given anything. Just like he wasn’t given the job with Gary Kubiak in 2006. I think when he went to San Fransico in 2017 it was under the impression that he would be the linebackers coach, and he asked to interview for the defensive coordinator spot.”

Full video of the comments + press conference below

Mike McDaniel’s Miami Dolphins are currently 3-point favorites over Robert Saleh’s New York Jets. This is the first time these two will face each other as head coaches after a semi-extensive work history together.

It will certainly be interesting to see how their familiarity with one another will come into play during the game and who will get the edge in that battle.