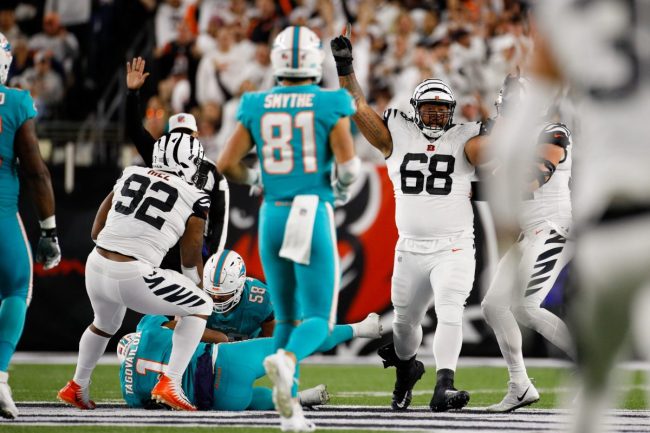 Miami Dolphins quarterback Tua Tagovailoa’s gruesome head injury against the Cincinnati Bengals is, by far, the biggest topic of discussion around the NFL these days.

Tagovailoa was carted off the field and rushed to a hospital in Cincy after suffering what appeared to be a second traumatic brain injury in as many games. Fans and media crushed both the Dolphins and the NFL for their handling of the situation.

Thankfully, Tagovailoa appears well on the way to making a full recovery. But the uproar didn’t end there. The league plans to make changes to its concussion protocol following the horrifying situation. While the NFLPA fired the doctor who cleared Tagovailoa to play against the Bengals.

But now it appears that’s just the tip of the iceberg.

New Jersey congressman has served 25 years in the U.S. House of Representatives, and now he’s throwing his weight around to get answers from the NFL.

A.J. Perez of Front Office Sports reports Pascrell wrote a letter to both NFL commissioner Roger Goodell and Miami owner Stephen Ross stating that “many questions must be answered” on the Tagovailoa injury.

“After years of obfuscation and even litigation regarding links between head injuries and neurological disorders, there were positive signs that the NFL finally was trying to take seriously the impact these brain injuries can have on [the] health and safety of its players,” Pascrell, the founder of the Congressional Brain Injury Task Force, wrote in the letter.

“Working with the NFL over the years, your officials have assured the public of the NFL’s commitment to player safety and protecting athletes from brain injury. Mr. Tagovailoa’s injury on live television raises grave questions about the progress that the NFL and its teams purported to have made on this issue and how seriously the NFL is taking its commitment to player safety.”

Miami has yet to rule Tagovailoa for its week five game against the New York Jets. But Dolphins coach Mike McDaniel told reporters that he was still suffering headache symptoms on Friday.

It seems this issue isn’t going away anytime soon, whether the NFL likes it or not.