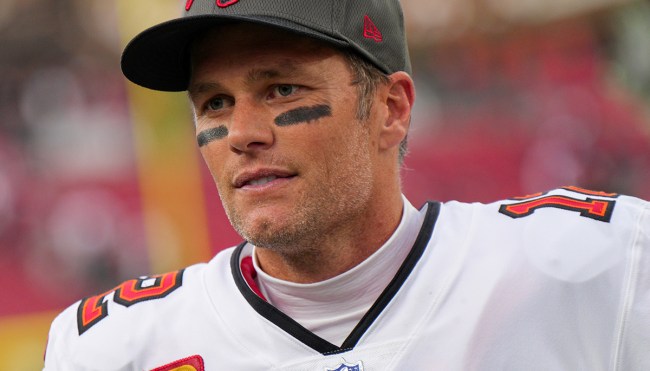 A couple of weeks ago, millions of football fans let out a collective groan when Tom Brady revealed his decision to come out of retirement less than two months after he announced he’d opted to hang up his cleats following a truly legendary 22 years in the NFL.

It didn’t take long for the saga to take yet another interesting turn, as the rumor mill started to pump out some reports last week concerning a deal the Dolphins are allegedly attempting to orchestrate in order to bring Brady’s talents to Miami.

It’s worth noting that speculation was immediately shot down by an NFL insider and that Buccaneers head coach Bruce Arians previously made it very clear any franchise that wants to trade for the seemingly immortal quarterback will be forced to pay an almost impossible price.

As a result, it’s hard to envision a scenario where Brady isn’t playing for Tampa Bay next season. With that said, it was equally difficult to imagine a situation where Brady would willingly leave the Patriots for another franchise just a few years ago, and it’s not like crazier things haven’t happened.

However, if the Dolphins are trying to pull off what would surely be a blockbuster deal, it would appear no one has informed their head coach.

On Monday, Mike McDaniel addressed the rumors while speaking with reporters and didn’t mince words when it came to shutting them down, as he dismissed the reports as “fake news.”

Mike McDaniel on Tom Brady to Miami speculation… “The Tampa Bay Bucs quarterback?? That’s what do you call it… fake news. pic.twitter.com/T8PBisQMev

#Dolphins coach Mike McDaniel on the recent Tom Brady rumor: “That has not been in the conversation. I think that’s what you call fake news.”