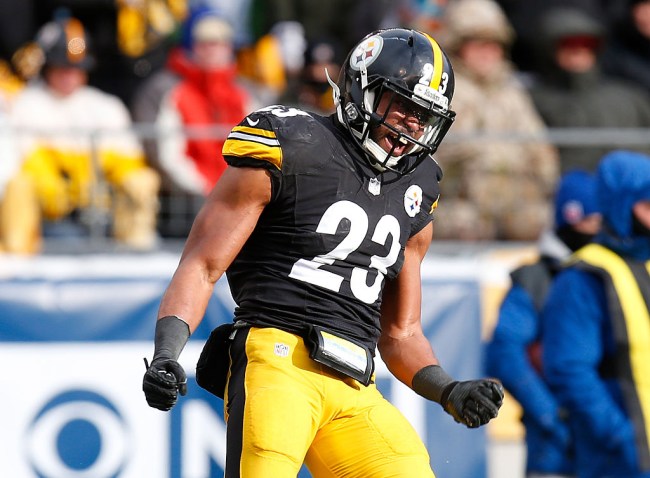 Steelers safety Mike Mitchell has opinions and he ain’t afraid to voice them. Surrounded by a sea of reporters, Mitchell discussed his dismay with the way the league has handed punishments to three incidents in Week 13. The 30-year-old was not happy about Rob Gronkowski being dished the same one game suspension for elbow dropping a Bills player as JuJu Smith-Schuster’s devastating block on Vontaze Burfict. Smith-Schuster’s incident, Mitchell claims, was a “football play.” Gronk’s, a cheap shot. Mitchell also voiced his opinion on Bengals safety George Iloka making helmet-to-helmet contact with Antonio Brown as he caught a touchdown. Iloka was initially hit with a one game suspension, but appealed and got his punishment voided.

At his locker Wednesday, Mitchell urged the NFL to change the game to flag football and referred to a hit in 2015 where he was fined $23,000 (although he said $50,000) on a hit he made on Bengals’ tight End Tyler Eifert as another example of the NFL’s willy nilly punishment “system.” My favorite part was when Mitchell called Matt Hasselbeck an asshole. Check it out below:

A little snippet of the rant:

I’m gonna mess around and get hurt trying to protect an offensive player because he’s running an over route. Dammit, your quarterback shouldn’t have threw that ball messed up. That happened two years ago. I’m not joking at all. Andy Dalton threw a ball to Tyler Eifert two years ago. Tyler Eifert had to dive for it. I was aiming for his gut, but if he don’t dive, he don’t get hit in the head. That’s 50 grand out of my pocket though, because Andy throws a bad ball. Make that make sense. And at first you’re taking our money, but now I got assholes like Matt Hasselbeck calling me a dirty player and trying my character, and we never met before.

Here’s a screen grab of the play on Eifert Mitchell was referring to.

Why M.Mitchell was flagged for the hit on Eifert, who left concussed 4 plays later. #Bengals
h/t @ElgazzarBLVD pic.twitter.com/FIYGl9tkLI

Mike, I guess we’re just supposed to forget you trying to twist Charcandrick West’s ankle off his leg?

Try telling Alex Smith you’re not a dirty player. You know, the low hit you were fined $48k for?

That's about as dirty as it gets, Mike Mitchell. pic.twitter.com/piPXole7hS

Granted, the league does have an issue with the lack of structure and clarity in its punishments, but Mike Mitchell should not be holding the torch for reform.