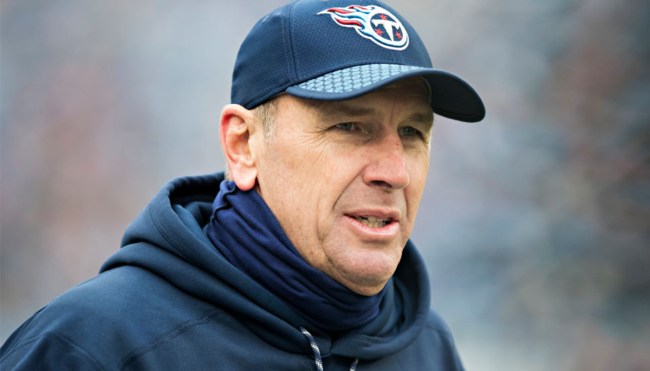 In 2003, the NFL introduced what was dubbed the “Rooney Rule,” which was designed to address the diversity issues that had long-plagued the organization in the form of the overwhelmingly Caucasian coaching staffs tasked with patrolling the sidelines in a league where minority athletes comprise the vast majority of players.

When the rule was first introduced, teams looking to fill any high-level coaching vacancies were required to interview at least one “diverse” candidate before making an official offer to anyone (it has since been tweaked to expand the number of jobs that fall under its purview in addition to how many of those candidates teams have to meet with).

The Rooney Rule may have been introduced with good intentions, but the mandate has arguably caused more problems than it’s solved thanks to a number of instances where franchises have been accused of checking the requisite boxes by conducting sham interviews with people who were never in serious consideration for a role.

That includes the New York Giants, who (along with the Broncos) found themselves at the center of an explosive lawsuit filed by Brian Flores earlier this year after the coach accused them of doing exactly that before tapping Brian Daboll to replace Joe Judge.

Now, ESPN reports two more coaches have come forward to join Flores in a case where the league and all 32 of its teams are currently listed as defendants, as ex-Cardinals head coach Steve Wilks and former Titans defensive coordinator Ray Horton claim they fell victim to similar injustices.

That new development has led to increased scrutiny of the largely overlooked remarks former Titans head coach Mike Mularkey made on the Steelers Realm podcast in 2020 where he admitted Tennessee had informed him he’d earned the job before conducting interviews with a pool of candidates that included Horton.

This is big: Ray Horton alleges the #Titans conducted a sham interview with him in 2016. They hired Mike Mularkey.

Horton's proof: Mularkey did a podcast and said he was told the job is his before anyone else got an interview.

Here's the audio of Mularkey… and it's damning: pic.twitter.com/tRQsxjZVq3

The Titans issued a statement where they predictably “disputed Mularkey’s recollection,” but it’s safe to say plenty of people aren’t buying it based on many of the reactions to the resurfaced clip.

The Mike Mularkey statements about being told he had the head coaching job and GM Jon Robinson didn’t know why he was interviewing Mularkey because he had the job — all while the #Titans were still going through minority interviews — is a potentially massive dagger for the #NFL.

The Titans deserve everything they get for the Mularkey hire. It was a patentely ridiculous decision on its face and it was obvious to anyone with a firing synapse that it was a sham hiring process. https://t.co/stFuvweexw

At the end of the day, Ray Horton is right… the Titans conducted a sham interview with him in 2016. They also conducted sham interviews with Teryl Austin and Doug Marrone. It was always Mularkey's job and everyone knew it while it was happening.

If what we’ve been treated to since Flores came forward is any indication, you’re going to want to stock up on popcorn, because you’re probably going to need a ton of it to snack on while watching this situation continue to unfold.