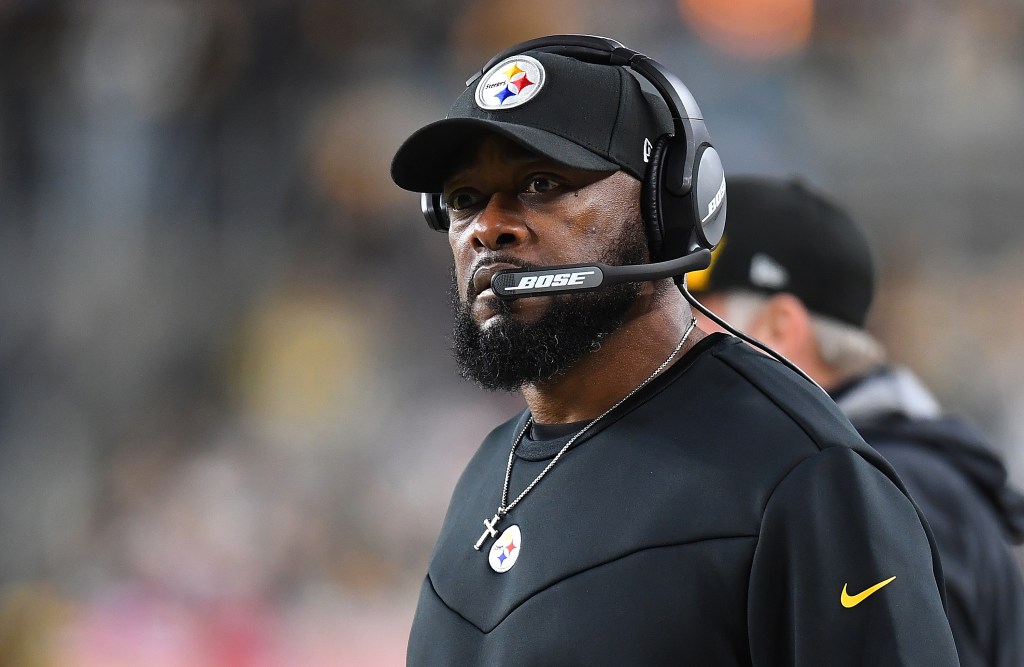 This Sunday will mark the first time that Head Coach Mike Tomlin and the Pittsburgh Steelers face the Cleveland Browns since a 48-37 NFL playoffs loss in the Wild Card round back on January 10th. That was a tough loss for Steelers Nation to digest and this Sunday’s game will be intense.

The 3-3 Steelers travel to the 4-3 Browns with both teams chasing the Bengals and Ravens for the division. Earlier this week, Pittsburgh Steelers tight end Eric Ebron was outspoken about using the NFL playoffs loss as extra motivation against the Browns.

Eric Ebron had this to say:

Eric Ebron on the motivation facing the Browns after losing in the playoffs last year:

“They whooped our ass. At our home. And sent us home. If y’all can’t get motivated for that, you probably shouldn’t be playing football.” pic.twitter.com/fmB2gBj34M

The logic checks out. Any NFL fan can see why a difficult playoffs loss would provide extra motivation in a game against a division rival. But Steelers head coach Mike Tomlin is disagreeing with Eric Ebron’s assessment of the situation.

Tomlin went on the record and called that sort of thing “low hanging fruit” and “irrelevant”. He went further and said that a playoffs loss to the Browns isn’t going to be a “rallying cry” this weekend.

Eric Ebron didn’t hold back yesterday on the #Browns notching consecutive wins over the #Steelers to close 2020. Today, Mike Tomlin dials it back, saying that’s NOT a “rallying cry.” Says, “What’s seemingly low-hanging fruit is oftentimes irrelevant to a lot of guys in the room.” https://t.co/1Onawi8EwA

Tomlin: The #Steelers' loss to the #Browns in the playoffs isn't a rallying cry this week. "Last year's game means nothing to (the rookies). You have to acknowledge things change in the game of football."

Tomlin says last year's Wild Card game vs. the Browns comes up, but isn't being used as a rallying cry, or the focus of a meeting

Tomlin on last year's playoff game: "I'm sure it comes up in some ways. But not as a rallying cry. … Last year's game means nothing to Najee, nothing to Dan Moore, nothing to KG (Kendrick Green), nothing to Pat (Freiermuth)."

Tomlin-they don't use what happened against the Browns in the playoffs as a rallying cry. Last year's game means nothing to the rookies, things change. We don't spent a lot of time speaking about old stories or old news

Asked about the playoff loss last year to Cleveland, Mike Tomlin said, "I’m sure it comes up in some form or fashion but not as a rallying cry or focus of a meeting."

Mike Tomlin on the relevance of the playoff loss to the Browns this week:

"It comes up, but not as a rallying cry or the focus of a meeting."

For what it’s worth, there are just 7 rookies listed on the Steelers 53-man active roster. What seems obvious to me at this point is Tomlin doesn’t want to empower the Browns but he’s out of his mind if he thinks a loss to any team doesn’t motivate players the next time they face that team.

The Pittsburgh Steelers are coming off a bye week. That’s the perfect time to face a divisional rival when the guys can get some rest ahead of time. The Steelers opened up as 3-point underdogs and the over/under was set at 42.5 but those are constantly moving so don’t make too much of that early week information.

As for Mike Tomlin’s comments, I said what I said above. I think he’s afraid to empower the Browns and he’s lying to himself he really thinks players aren’t motivated by losses.