Holy Hell, Mike Trout And The Angels Reportedly Agree On A $430 Million Extension And Twitter’s Losing Its Mind 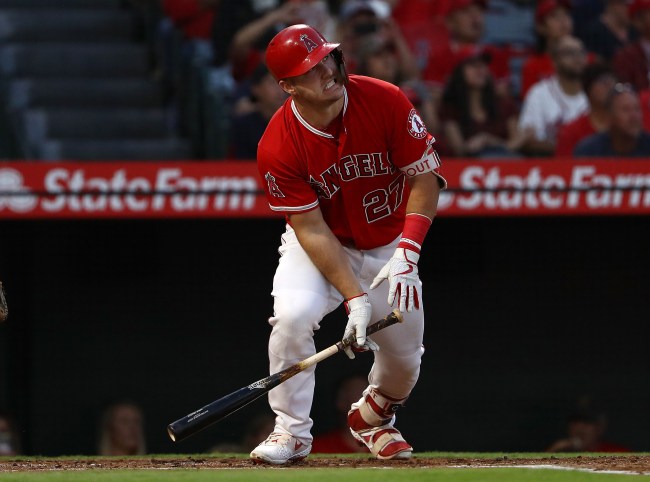 Mike Trout of the Los Angeles Angels has long been thought of as the best player in baseball, and now he’s reportedly getting rewarded as such, because ESPN’s Jeff Passan tweeted that the All-Star outfielder is set to sign a massive 12-year, $430 million-plus extension to stay in Los Angeles. So much for all those rumors about Trout joining Bryce Harper in Philadelphia next summer, huh?

While Passan reports that the Mike Trout deal has yet to be finalized, once it does become official, the player will absolutely demolish all records in terms of highest-paid contracts in sports history. The annual breakdown of Trout’s deal would be around $35.83 million over the 12 years, which would also be the highest per year salary in baseball, topping Zack Greinke’s previous record average of $34.4 million.

Still just 27 years old, Mike Trout has already won two AL Most Valuable Player Awards, and is considered to be a generational talent resembling Mickey Mantle, so, yeah, if there’s any player in the MLB that has earned this type of contract, it’s him. Naturally, Twitter had plenty of reactions to the breaking news, so here’s some of what people were saying.

Headed to the #Trout house. pic.twitter.com/CdjrqirsXq

Just when all baseball fans thought that owners were pinching pennies and weren’t willing to drop big-time cash on superstar talent, in the past month alone, we’ve seen Manny Machado, Bryce Harper and now Mike Trout — all superstars 27 years old or younger — sign deals of at least $300 million over a decade-plus. That’s just insanity to think about.

Of course, this reported Mike Trout deal ends any hope of the Philly kid returning home in 2020 to play alongside the aforementioned Harper, who was openly trying to recruit him after recently joining the Phillies. Oh, well, I’m sure they can both talk about it in the Millionaire’s Club somewhere and move on with all the dough they both have now.