Mike Trout Hits Impressive Golf Trick Shot, May Be Well On His Way To Taking Over That Sport As Well 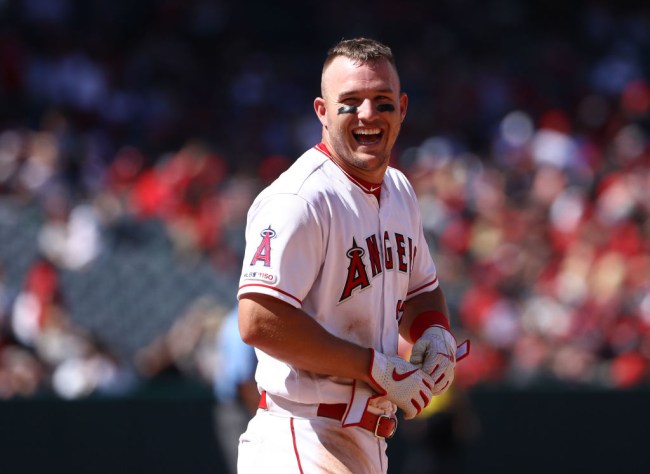 We’ve known for quite some time now that Mike Trout knows how to swing a baseball bat, but it’s becoming pretty clear that he’s not too bad with a golf club in his hands either.

Just three weeks ago the Angels had an event at Topgolf and Trout hit a drive that nobody can actually confirm has landed yet. While it was no surprise to see Trout obliterate a golf ball just like he does a baseball, now he’s showing off his chipping game.

Trout is spending a lot of time inside right now and like many other people around the world, he’s decided to try his hand at some golf trick shots around his house. It turns out the man with all the power has some pretty soft touch too, as you can see.

Yeah, sure, this trick shot means absolutely nothing when it comes to Trout’s actual golf game, but the fact he’s shown in just a three-week span that he can hit a golf ball to the moon and also chip a ping pong ball into a Solo cup from the top floor of his home is impressive.

For all we know Trout could have been working on this trick shot for seven hours, but it’s still cool to see the highest-paid player in MLB pull this off.

Now, all we need to see are Trout’s putting skills and we can really start to judge what kind of golf game the man possesses.