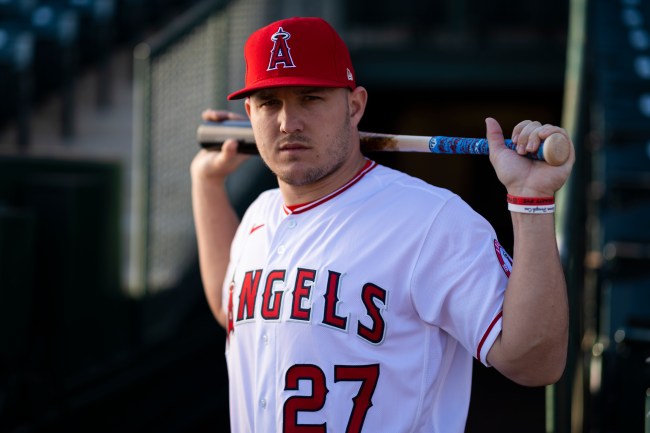 There’s no shortage of stories in circulation highlighting just how powerful Mike Trout is.

Greg Morhardt, the Angels’ area scout who followed Trout through high school, claims the three-time AL MVP would tear up the high school fields he played on because of how hard he ran. Umpire Mike Winters re-emphasized this claim: “When he runs, it’s like there’s a rooster tail going up behind him. It’s amazing how high the dirt flies up behind him.”

Dodgers infielder Max Muncy said last year that he was simply dumbfounded by Trout’s power: “No matter what kind of swing he takes, it’s like it’s coming off a trampoline.”

The 28-year-old’s superhuman power was put on full display Sunday night when he nearly broke the internet with a clip from a TopGolf event put on by the Pujols Foundation, a non-profit agency to advocate for the children and families who live with down syndrome.

Rest in peace to this poor golf ball. Gone but not forgotten.

Mike Trout wasn’t the only MLB player decimating golf balls at the event.

Cody Bellinger, Justin Turner, Max Muncy, and Austin Barnes were all in attendance. Scroll over to see what pro baseball players can do when the ball is literally teed up for them.

The only time I hit bombs like this is when I’m 75 yards out, six beers deep, and trying to put some finesse on the ball. Otherwise, catch me at the tee box hitting infield singles. Life’s a bitch.