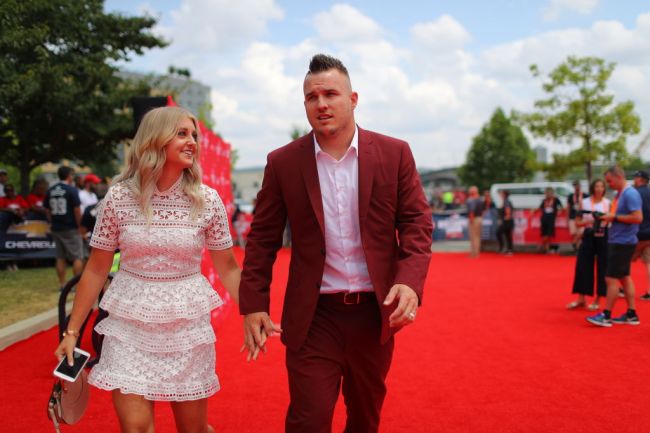 Beckham Aaron Trout is one year old. He was born in August of 2020 and celebrated his first Halloween on Sunday during which he was able to walk.

The son of MLB superstar Mike Trout and his wife Jessica, he is obviously too young to pick his own costume this year. Thus, his parents were in charge of Beckham’s All Hallow’s Eve persona in 2021.

They decided to dress him as a turtle. The costume looks store-bought, but Mike said that it was a “Jess Tara Trout design,” so perhaps it wasn’t?

Either way, it was about as realistic as it could be. Pictures from the evening are awesome and Aaron looks like he had a great time toddling around the Newport Beach neighborhood.

However, one picture in particular could not be funnier.

Jess and Mike really made Beckham go full turtle. After posing for a few standard photos, Beckham’s parents posed him down by the water and had him get on all fours.

He went full turtle and, if you didn’t know it was a costume, you might just believe it’s a real reptile. Scroll to the end of his mom’s gallery to enjoy the greatness of the photo:

Mike also posted a much closer up photo of his son in turtle mode, but it doesn’t do the hilarious pose as much justice.

Fortunately, being that the Trout family lives in the beach suburbs of California, it’s hard to imagine that there is all too much wildlife in their neighborhood pond. If Beckham had been set up by a pond in Florida or the Bayou, the realistic nature of the photo might have been tempting for a swamp gator. He really looks like a turtle.

Nevertheless, it could not be more perfectly executed or any funnier.