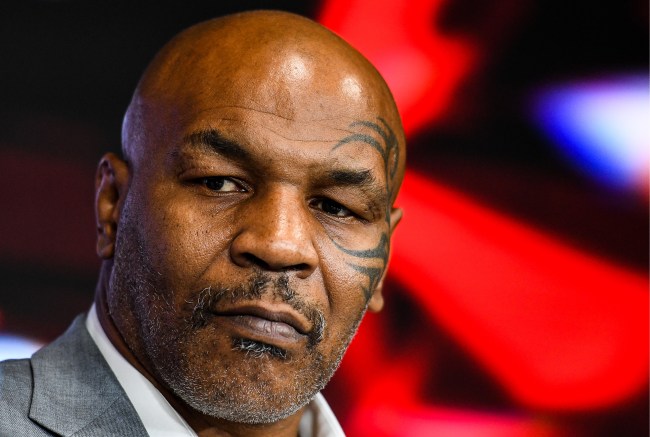 A lot to unpack here as Mike Tyson just dropped an absolute heater of a promo on his Instagram. For those who haven’t heard, Mike Tyson will be squaring up against Roy Jones Jr. in an exhibition fight on November 28 on a card that consists of Jake Paul taking on Nate Robinson and more. While I will conquer that the winner of Paul vs Nate Robinson will have absolutely no effect on my day whatsoever, you cant help but be wildly curious about what Tyson still has left in the tank.

The thought of a Tyson comeback might be seen as outrageous to most until you see this video of Tyson throwing uppercuts like it was 1986.

But let’s go ahead and talk about this IG picture he recently uploaded because it has left me incredibly confused.

Tyson has a build going on right now to where, yes he looks a little past his prime, but at the same time he looks like he can still rip someone’s face off.

If this guy comes out looking like this and knocks Jones Jr. out cold in one round you know damn well the first headline on whatever sports talk show you watch will most likely read “Is it time for Mike Tyson to make a comeback?” Perhaps it’s the black and white filter that makes it all so intriguing but this man looks like he still has a lot to offer in the boxing ring.

If I look anything like this at the age of 54 I would be walking around just begging somebody to try and throw hands my way. I am fascinated by Tyson, we all are, which is why this exhibition fight come November 28 might have just turned into one of the most interesting fights of the year.