Mike Tyson And Roy Jones Jr. Follow Up Commissioner’s Plea For No One To Get Hurt By Saying They’re Both At Peace With Dying In The Ring 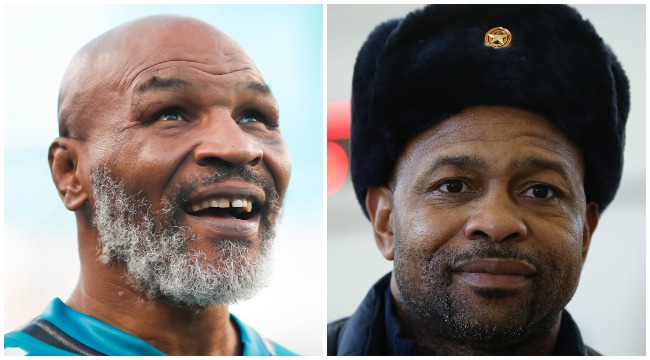 California State Athletic Commissioner Andy Foster: “I don’t care if they spar. I don’t care if they work…We can’t mislead the public as to this is some kind of real fight. They can get into it a little bit, but I don’t want people to get hurt. They know the deal. It’s an exhibition.”

Mike Tyson: “Happiness for me? Dying.”

Roy Jones Jr.: “I know that death is a probability. So if I’ve gotta die boxing I’m gonna die a happy man.” 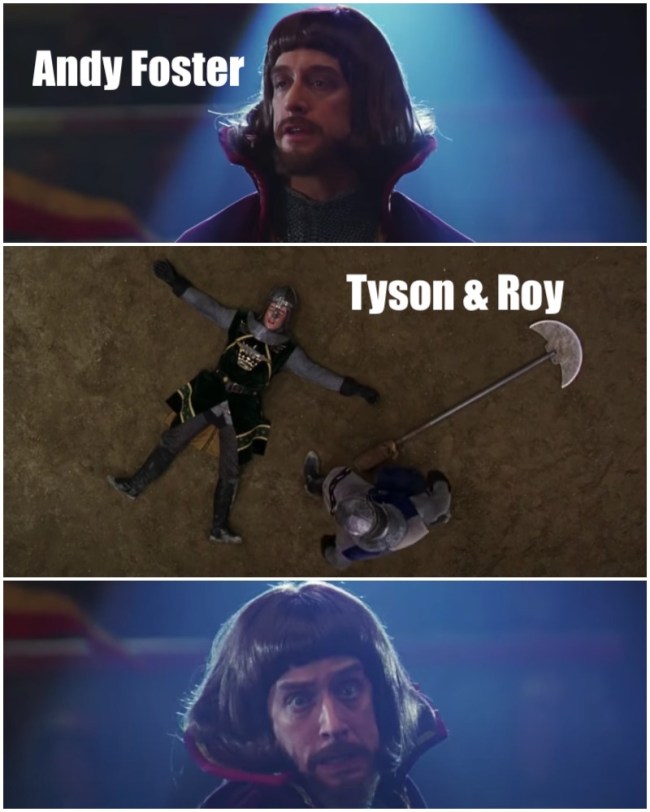 It’s simply adorable that Andy Foster has convinced himself that two men who’ve publicly claimed their totally cool with dying are going to enter the ring and play grab ass for eight rounds on November 28.

Just as Andy Dick expected a little clean family fun between Chip Douglas and Steven Kovacs at Medieval Times but instead nearly witnessed a bloody beheading, Mr. Foster has obviously not been following the plot for the last three decades and he may get blood on his hands for it.

[Related: Imagining The Text Exchange Between Mike Tyson And Roy Jones Jr. Leading Up To Their November Fight]

What has been packaged as an “exhibition for charity” has devolved into a self-proclaimed kamikaze mission between two of the best fighters ever.

Roy Jones Jr. recently told Joe Rogan that a proper punch from Mike Tyson could kill a man, and this would be a poetic way for him to go. His words, not mine. I’d prefer an apartment fire.

“For me, I don’t really give a damn. I fight for a living. I’ll be ready to die for my spot.

“I ain’t tripping at all because I know that death is a probability. That can happen to anybody.

“And I know it can happen to me even more going in there with somebody as dangerous as Mike Tyson.

Tyson, who previously told Rogan that beating someone up is akin to ejaculation, posted a hype clip that is equal parts invigorating and terrifying.

I don’t know whether to go out and chop down an oak tree or call the mental health hotline for these legends.