Imagining The Text Exchange Between Mike Tyson And Roy Jones Jr. Leading Up To Their November Fight 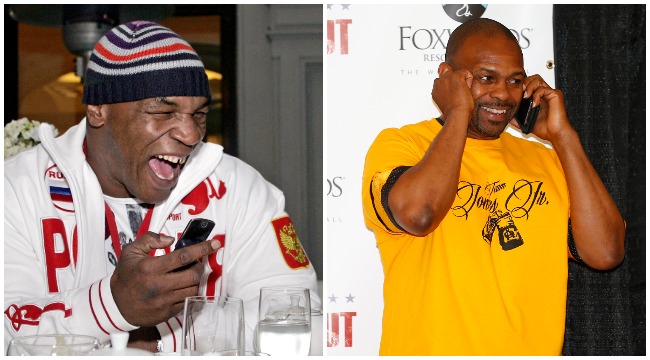 This week, a former four-weight world champion with a record TWELVE light heavyweight title bouts, admitted he may have made a giant “mistake” in agreeing to fight Mike Tyson on November 28.

It’s comforting to know that after a 30 year career of getting walloped in the head, RJ can still think reasonably, because Iron Mike is treating an eight round exhibition for charity with the veracity Chip Douglas approached his jousting match with Steven Kovacs at Medieval Times.

Mike Tyson getting ready for his upcoming fight 😳 pic.twitter.com/9S9UNHCC11

There are very few men walking this planet that could send the Baddest Man on the Planet to the canvas, and Roy Jones Jr. is one of them.

But you gotta wonder how a man in his 50s musters the courage and motivation to enter the ring with Mike Tyson for the very first time.

I’d have to imagine their text exchanges look something like this: 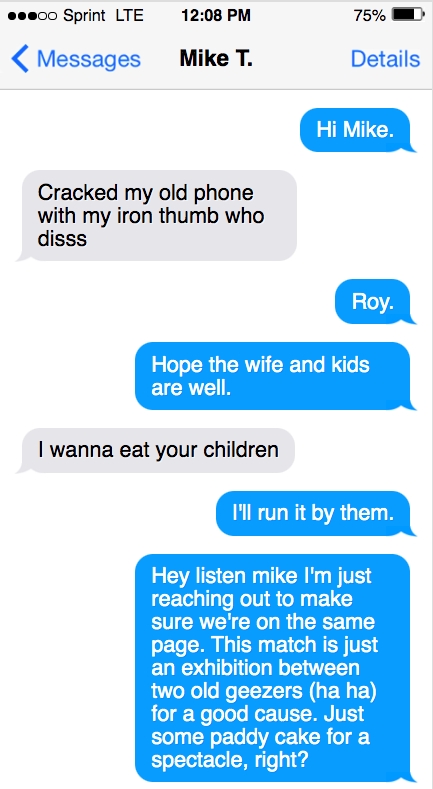 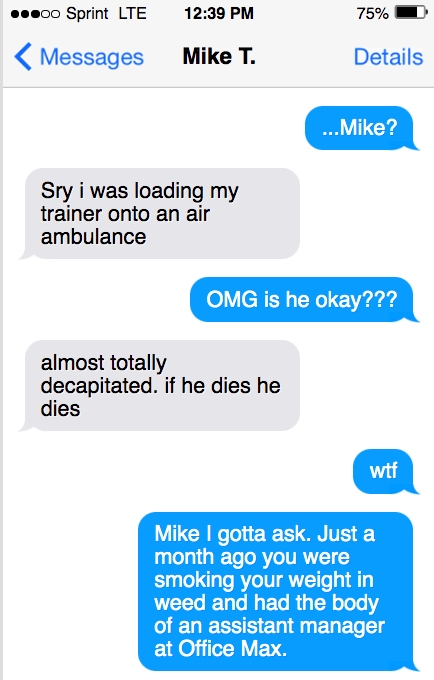 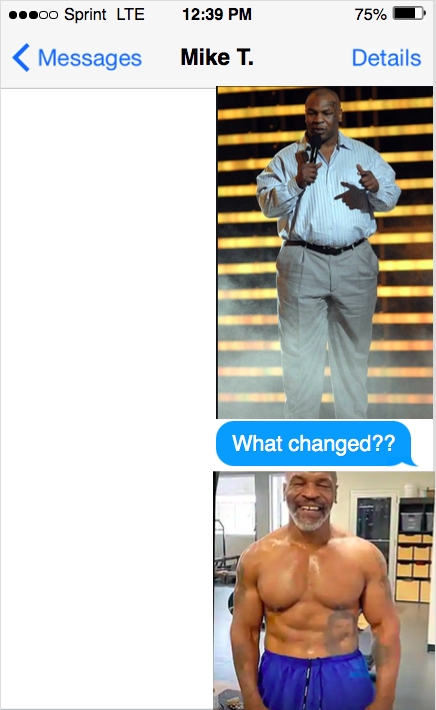 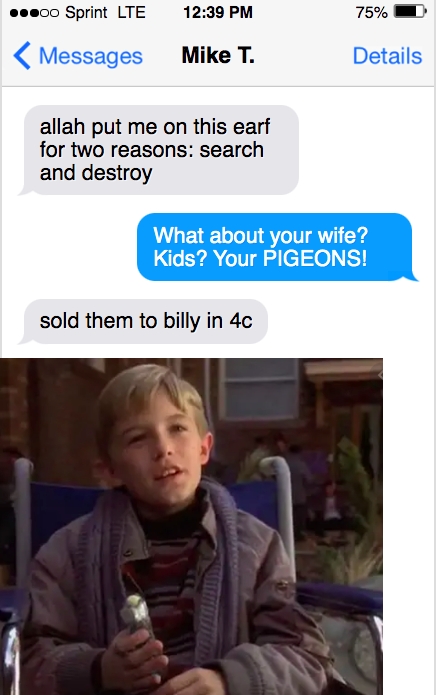 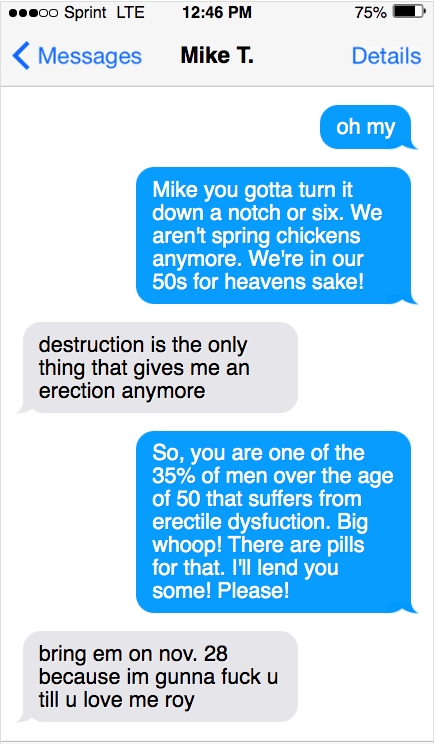 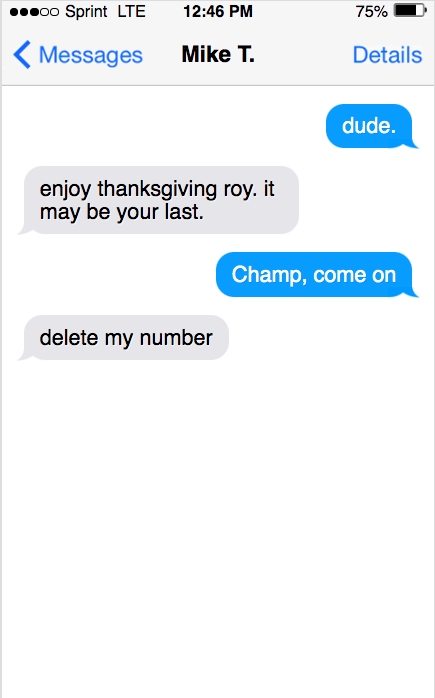 November 28. Prepare for the most intense exhibition match of all-time. If Roy shows.