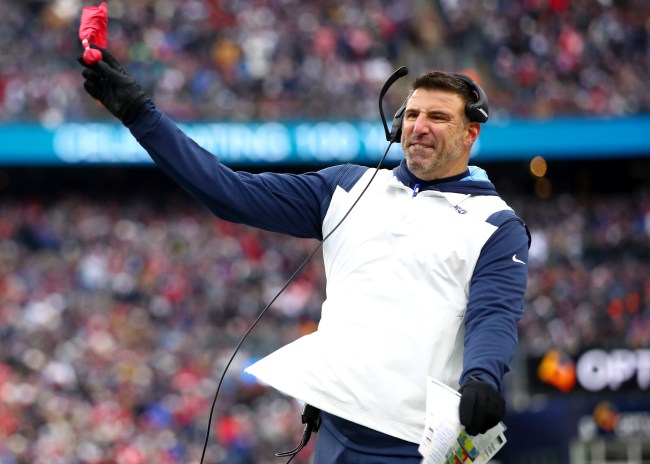 Mike Vrabel made it very clear to the media that he did not want to talk about Zach Cunningham today. The Tennessee media didn’t really care.

When he was inevitably asked the first question about Cunningham, he told reporters that Cunningham wouldn’t be on the field Sunday, so Vrabel didn’t want to talk about him right now.

He immediately got a second Zach Cunningham question, which he answered the same way. Then one reporter was smart enough to change the subject and ask Vrabel a question about players coming off IR.

The reprieve didn’t last long for Vrabel. A third reporter immediately asked Vrabel about Cunningham. Vrabel had had enough and stormed out of the press conference.

#Titans HC Mike Vrabel told reporters he doesn’t want to talk about the Zach Cunningham addition until next week. After getting a 3rd question about him, Vrabel left. “This is fu***** ridiculous.”

The Titans signed Cunningham earlier this week after he had been released by the Houston Texans. That release stemmed from Cunningham showing up late to a COVID test, which was his second violation of team rules this season.

The former 2nd round pick has been having no such issues on the field. Cunningham has put together the seasons of his career over the last two years. He had put up 231 total tackles, 5 forced fumbles, and 3 sacks since the start of the 2020 season.

If the Tennessee Titans can keep Cunningham out of trouble then he’ll be a great pickup for a team in contention for the top spot in the AFC.