The Eagles Will Probably Have To Pay Mike Wallace $585,000 Thanks To An Absurd Weight Clause In His Contract 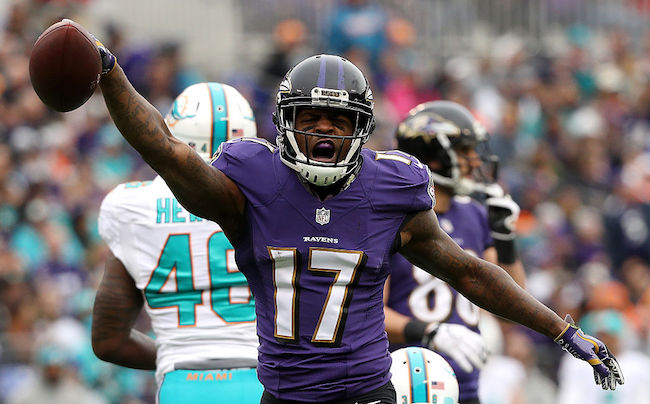 Plenty of NFL players sign contracts filled with incentive clauses that award them with more money if they hit certain goals concerning things like playing time, various statistical benchmarks, and playoff appearances. However, there are more unusual ones that teams use to hedge their bets, which is how Eddie Lacey ended up with seven different weight clauses in his deal with the Seattle Seahawks after being repeatedly fat-shamed based on his impressive ability to gain weight in the offseason thanks in no small part to his love of “China food.”

The Philadelphia Eagles put a similar clause in the contract of former Baltimore Raven Mike Wallace when they signed him to a one-year deal last month, offering him a not too shabby sum of $585,000 if he weighs less than 250 pounds by the time the team starts preparing for next season when Monday rolls around. However, this shouldn’t pose much of a problem for the 6-foot tall wide receiver, who clocked in at 200 pounds last season.

Source: Eagles WR Mike Wallace, who is listed on the roster at 200 pounds, will earn a massive $585,000 incentive if he weighs less than 250 pounds on Monday when the offseason program begins. Easy money.

It’s not entirely clear why the Eagles put the clause into his contract in the first place unless Wallace decided to pay tribute to his new city by channeling his inner Fat Mac from It’s Always Sunny and carrying a garbage bag of chimichangas with him anywhere he goes. It’s either that or he paid a makeup artists to hook him up with a convincing fat suit in what would be the best investment he’s ever made.

CBS Sports reports Wallace will also make another half a million if he manages to score at least four touchdowns next season, which seems like a slightly more reasonable clause for both sides. If anyone with the Eagles organization is reading this and is in the mood to give away more free money, feel free to hit me up.