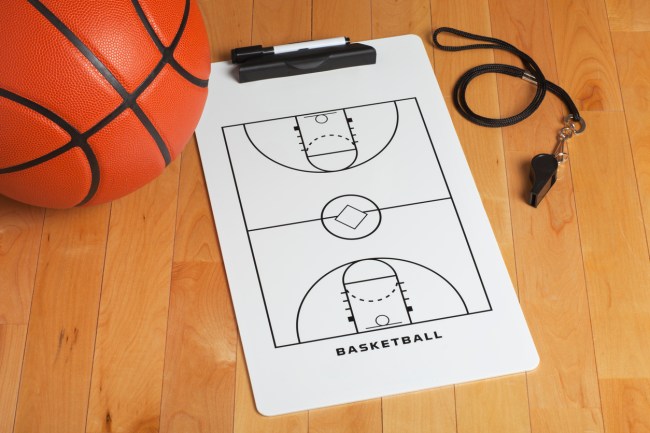 If you grew up watching Air Bud enough times to wear out the VHS then you probably remember the scene when the coach got canned after he was caught chucking basketballs at one of his players.

Well, that guy looks like Mr. Rogers compared to the ultimate asshat who is Mike Woodbury.

You’ve probably never heard of Woodbury, who is the CEO of Florida’s Nations Christian Academy (because prep schools apparently have CEOs now).

A couple of weeks ago, NCA student Marvens Petion approached Woodbury to inquire about transferring from the school— a request he did not take kindly to.

Peiton met with Woodbury to discuss the transfer, who went off on his player in a profanity-fueled rant that Peiton just so happened to record before throwing it on the internet for all to hear.

As you’ll soon see, it is not a great look.

Here are the most notable parts of his rant:

I control transcripts. I control where you go next. It could be back to Haiti, motherfucker. That’s how easy it is for me.

I’m the one thing you don’t want to cross because I’m the dirtiest, baddest motherfucker on this Earth. You can’t get to my level. You can’t…

Take your broke ass back… I control everything. I just want you to really know that.

I know you’re retarded so take one of your friends and have them look up the word “extortion” for you… I’m a bad motherfucker. You crossed me for the last time.”

According to Stadium, the issue at hand seemed to stem from a text message Peiton sent supposedly trying to extort members of the school’s staff.

Woodbury issued a statement on Twitter to apologize for his very questionable choice of words but stood by his rant and basically said Peiton brought it on himself by violating the school’s code of conduct (the player denies the accusations).

I wasn’t going to say anything in regards to the audio clip that is circulating, however, I feel a statement is necessary. pic.twitter.com/iyi6sc2Ccr

Athletes who played under Woodbury when he coached at a school in Maine says this is far from the first time he’s resorted to intimidation tactics like this so I’m probably going to side with Peiton on this one.

I wish him the best of luck in getting the hell out of dodge.