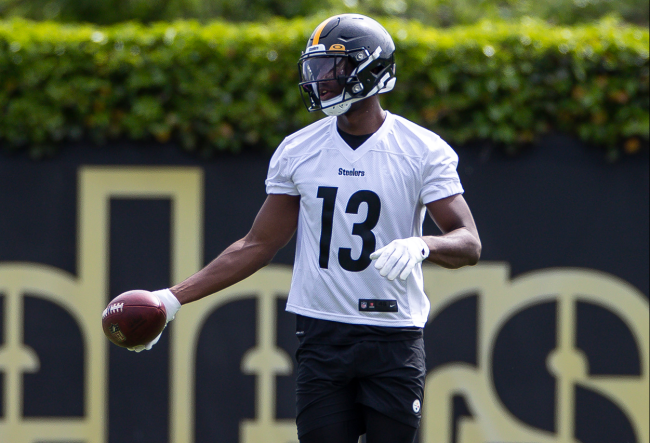 25-year-old Miles Boykin was released by the Baltimore Ravens in April. Not long thereafter, the Pittsburgh Steelers claimed him off of waivers.

Now, as the fourth-year receiver suits up with his new team in Steel City, he recently revealed that he actually used to hate the organization. He has his reasons for disliking the Steelers but bygones are bygones and the past is the past.

In an interview with the Pittsburgh Post-Gazette, Boykin shared that prior to the NFL Draft, he was under the impression that Pittsburgh would be drafting him. He thought that he was going to be on the Steelers right out of college.

“It was crazy because I thought the Steelers were going to draft me originally,” Boykin said.

The Steelers had two opportunities to draft Boykin and chose to pass both times. Not only that, but they went with a different player at the same position.

That did not sit well with Boykin. And then he was drafted by Baltimore.

“But when I got to Baltimore, it was like, ‘No, I hate Pittsburgh,'” he said.

The Ravens and the Steelers have a deep-rooted AFC North rivalry. The two teams do not like one another at all and there is a lot of bad blood.

As a result of the combination of factors, Boykin hated the Pittsburgh franchise— with whom he is currently employed. He no longer hates the Steelers.

“I’m just excited to get out there and get a chance to be a playmaker here,” Boykin said.

Should Boykin make the team’s 53-man roster, he will have multiple opportunities to show his former team why they made a mistake by cutting him.