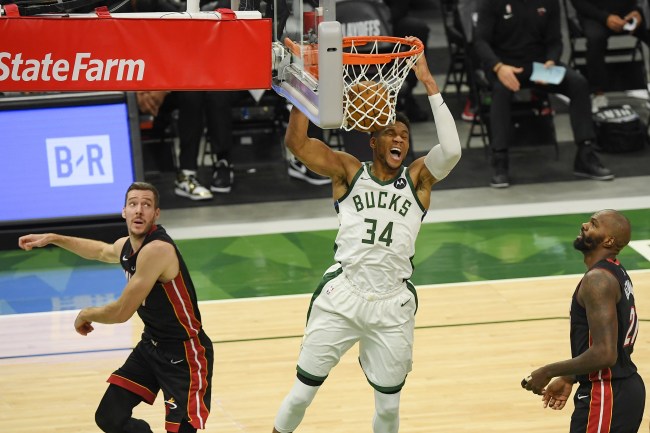 The Milwaukee Bucks got revenge on the Miami Heat in the first round of playoffs and they let Heat fans know about it.

On Saturday afternoon, the Bucks avenged their playoff loss to the Heat last year by completing the sweep and winning the series 4-0 this time around.

This ain’t the bubble. 🔥 @calm pic.twitter.com/kkhQSQj5fG

After the Bucks big win, the team’s social media managers collected all the trash talking tweets from Heat fans during the series and put them on blast in a ruthless video.

Wow. this might be the most ruthless team tweet I've seen in a while. They kept all the receipts and shouted out yall government names… https://t.co/IkpFHRtz8F

Y'all chose violence today and I honestly love it https://t.co/ViSekJFLof