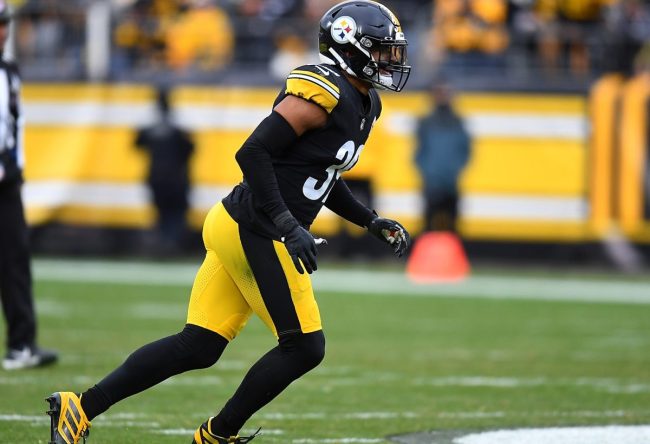 Fans around the NFL are beginning to question Minkah Fitzpatrick’s football abilities after head coach revealed the safety had suffered an injury from falling off a bike. The setback will force him to the NFI (non-football injury) list ahead of the Steelers’ training camp.

Tomlin said that the accident occurred while Fitzpatrick was on vacation, detailing his starting defensive back’s current status.

“A few health-related things, Minkah will be placed on NFI. He sustained a wrist injury on vacation. I think he fell off a bike. It will create some short-term discomfort, but I don’t expect it to be an issue in the overall trajectory of his development and his place within this group… It’s just going to create some discomfort for him at the early stages of this.”

Fitzpatrick has shined since arriving to Pittsburgh in 2019. Over three seasons, he’s played in 46 games, picked off 11 passes, and scored a trio of touchdowns. He’s also racked up 144 tackles along the back line of the Steelers’ defense.

Luckily for Tomlin and Co., the setback isn’t expected to cause Fitzpatrick to miss time in the regular season, but this incident certainly has NFL fans questioning his abilities to perform at his safety position.

We’ve seen freak injuries occur to notable sports figures in the past, but the hilarity of this one has caused quite the react on social media.

Fans were quick to respond upon hearing of Minkah Fitzpatrick’s bike injury. Many say his status as one of the league’s best safeties is now in question.

Antoine Winfield better plus can ride a bike

Are his bike riding abilities holding his Madden rating back?

This is why he’s only an 87 on madden. See it makes sense now

Others are just reacting to the hilarity of the situation.

LMFAO DUDE FELL OF A BIKE

Hopefully, Minkah will have a speedy recovery and return to the field. He won’t be able to live this one down, though.