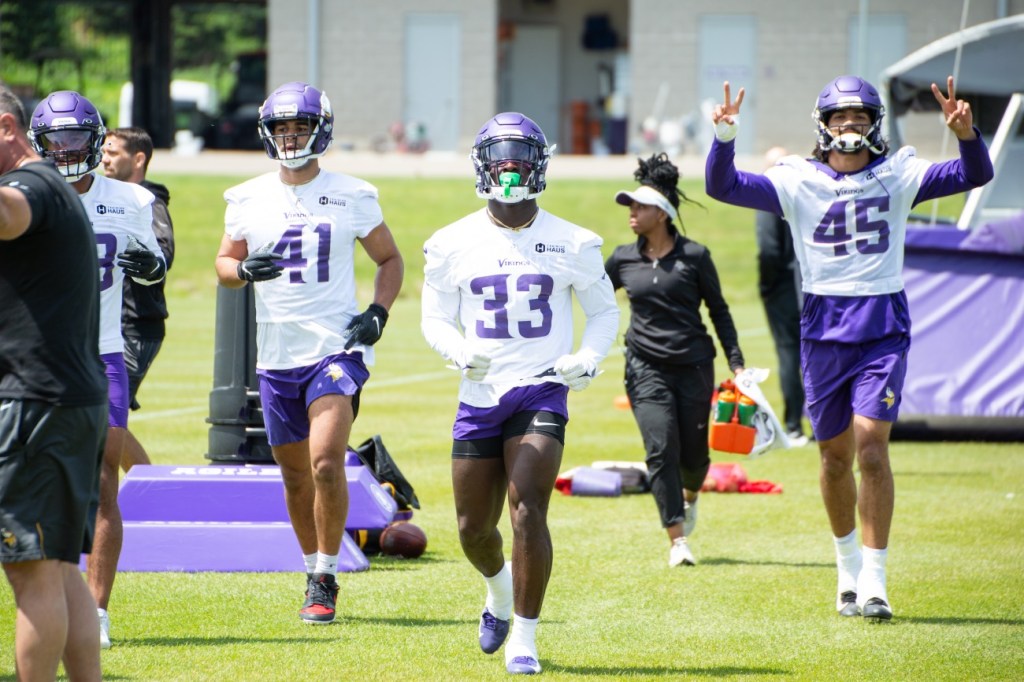 The year is 2022 and it’s clear that NFL players are DONE with Nick Saban and the University of Alabama. That, or the Minnesota Vikings have made Haterade the official drink of their locker room.

In this clip below, Vikings players are asked which school they’d remove from the NCAA if they had the choice. The VAST majority of the players say Alabama. Either because they think Nick Saban is a cheat code or Bama was a direct rivalry. But the NFL has simply had enough of the Crimson Tide.

Unfortunately, because this is an official NFL video they don’t let websites embed their YouTube clips so you’ll have to enjoy this 1-minute teaser below and I’ve transcribed a bunch of the answers below as well so you can get the gist.

Minnesota Vikings Players Reveal Which School Should Be Banned From NCAA

.@Brian_Robison: If you could eliminate one college football team, who would it be?#Vikings locker room: WE WANT BAMA!

Eric Kendricks (UCLA, 2015): Umm, I just feel like either LSU or Auburn. Because Alabama just be running ’em.

Kirk Cousins (Michigan State, 2012): A school? The Blue Bellies, U of M. That’s our rival, Michigan State… U of M. But on the other hand I’m thinking out loud and if we dropped them we wouldn’t have the rivalry. So you know what, Alabam’s kind of ruined college football for everybody else because they’re so good. So I say get Bama out of there. I played them, got the brakes blown off. So I’d say get rid of Bama and we’ll keep Michigan, we’ll keep the rivalry going.

Kris Boyd (Texas, 2019): I’ve got two answers and I’m gonna give you the reason why for my first one… The first one would be OU, because they suck. But I love beating the hell out of them every year so I don’t want them to go nowhere… Like, stay there. Uhhh, it would probably be a college team that don’t really do anything like Tulane or Ohio-Miami.

The video below is an official NFL video and they don’t allow videos to be played while they’re embedded on websites. You can however click right here to and go watch the rest of it on YouTube if you want more than the quotes above and that short Twitter clip.