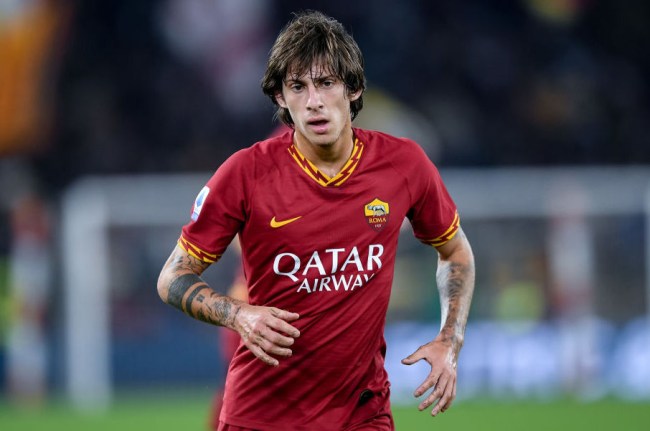 With the mere concept of wandering into the outside world more frightening than ever before, people around the globe have taken to their phones and social media more than ever as a way of staying entertained and trying to forget about the chaos that surrounds us.

However, if you’ve ever glanced at the clock while scrolling through Instagram and discovered you’d been doing so for 20 minutes longer than you thought you had, you know social media can be as addictive as many of the illegal escapes people turn to in order to get a break from reality. In most cases, time is the only thing you’ll lose, but as Italian soccer player Mirko Antonucci recently learned, the consequences can be a bit more severe.

Unlike most people who find themselves in hot water over something they post online, there’s nothing particularly problematic about the dance videos. Antonucci is incredibly fond of throwing on TikTok. However, according to ESPN, his bosses at the Portuguese soccer club Vitoria weren’t huge fans of his online antics and warned him there would be consequences if he didn’t get off social media.

Antonucci apparently decided showing off his sick moves to the masses was just too much damn fun, and shortly after his team lost a game last Saturday, he uploaded another video of him groovin’ and movin’ with a smile on his face and subsequently found himself released from the squad (which had initially obtained him on loan from Roma).

Someone familiar with the situation said that while the video was “the last straw,”  Vitoria had other issues with Antonucci’s behavior and attitude both on and off the field, a sentiment that was echoed when head coach Julio Velazquez went off on the 21-year-old forward when addressing the situation:

“It was communicated to his parent club, Roma, that the loan ends now and that we no longer count on the player, above all out of respect for the fans and the history of the club and for all those who work on a daily basis to represent this team with the greatest responsibility and dignity.

For what this badge represents, for the history of the club and out of respect for the fans, a Vitoria player must be one 24 hours a day. The situation is very simple, the club, the management, technical team, and staff understood that the behavior of a player who was on loan was not what we wanted of a Vitoria player, nor what the fans deserve, on and off the pitch.”

Antonucci did issue an apology and insisted he was stepping away from social media for good, but by the time he did, the damage had already been done.

There were obviously other factors at play here but it’s honestly unreal that a soccer player can lose his job because he’s slightly addicted to posting dumb dance videos on the internet. I had to take a look and see if there was maybe some blackface in one of these that somehow went unreported, but nope, it’s just a dude who loves him some dancing.

Based on a quick scan of his social media, he seems to be passionate about ruffling his hair, doing little dances, and making out with his girlfriend for the world to see. That’s about it (although the fact that this video has over 3,000 likes is just depressing).

So what lesson have we learned here? If you find yourself on a professional sports team, don’t post on TikTok after a rough loss. Actually, just never use TikTok ever if you’re anybody. That’s probably a better call.