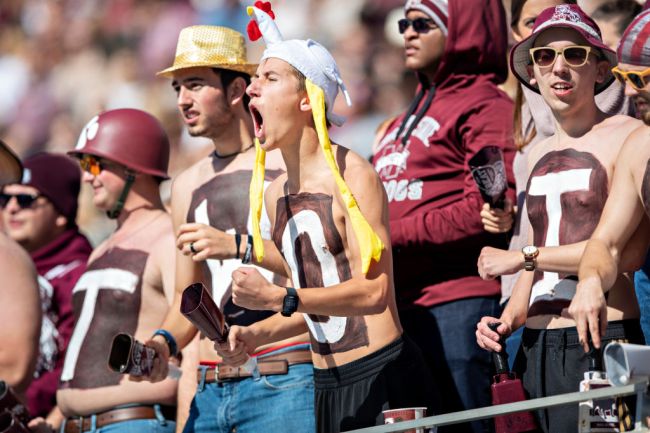 There is not much you can do to make Mississippi State University cool. There just isn’t.

It’s an agricultural school in Starkville, Mississippi and its colors are maroon and white. Gross.

The only good thing in Starkville is The Little Dooey restaurant, but even that is subpar compared to a lot of catfish and barbecue spots in the state. Don’t even bother with Rick’s.

In fact, the Bulldogs went on to win the College World Series last season. As such, the football program is honoring its diamond counterparts during this weekend’s game against 12th-ranked Kentucky.

As a part of the celebration, there are rumors that the school might unveil new helmets. People are FREAKING OUT.

Again— there is not much that can be done to make Mississippi State cool and their uniforms are gross. However, the potential helmets that might be worn this weekend are their best yet.

The helmets include an interlocking M and S, providing a classic, clean look. It’s their best logo and the baseball team wears it all of the time.

And yet, for some reason, State fans want the logo to be exclusively for baseball and don’t want it to be worn for football. WHAT?!

Look at this reaction:

These are the best looking helmets that Mississippi State has ever had and I could not find it funnier how Bulldogs fans are reacting. They are up in arms about them because they perceive that there’s some exclusive claim on the logo by another team…. AT THE SAME UNIVERSITY!