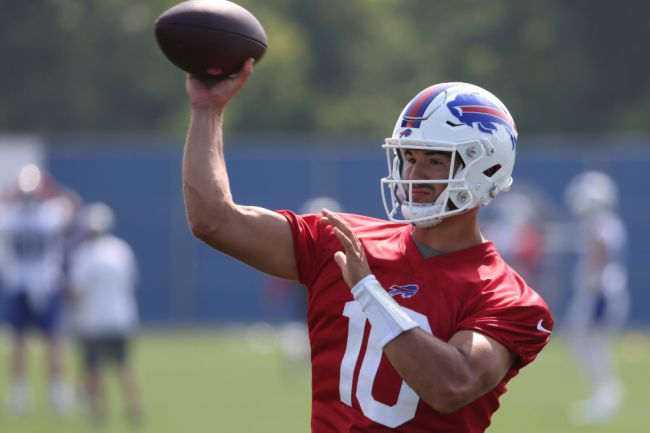 Mitch Trubisky’s time in Chicago wasn’t exactly great. While the Bears did make the postseason twice in his four seasons under center, they were unable to get out of the Wild Card round. Trubisky caught a lot of flack during his tenure in Chicago, some of it deserved, with his record of 29-21.

His time as a Bear came to an end following last season as he hit the free-agent market with Chicago moving on with Andy Dalton and Justin Fields in the QB room.

While his days are over in Chicago, that doesn’t mean he doesn’t have a few thoughts about his time as a Bear. Trubisky, who signed with the Bills to be Josh Allen’s backup, compared his short time as a Bill to his time as a Bear. To say he’s enjoyed being in Buffalo a bit more than Chicago would be an understatement.

These two statements from Trubisky are rather telling, especially the one in which he says it’s “nice to be in a place where people wand you and care about you.” That one stings.

Trubisky on signing with #Bills

"Nice to be in a place where people want you and care about you progressing as a person and a player."

Mitchell Trubisky said the game “feels a lot more pure” in his short time in Buffalo than it did the last few years in Chicago. He said he could feel the Bears losing belief in him toward the end of his time there. Called free agency a “humbling process.”

The shade he threw at the Bears is a bit of a head-scratcher, however. Chicago gave him three seasons to prove himself. While those Bears teams weren’t exactly loaded, the organization rode him as long as they could, he simply couldn’t take that next step to show that he was the long-term quarterback they thought he would be when they drafted him second-overall in 2017.

Trubisky ultimately threw 64 touchdowns and 37 interceptions while completing 64% of his passes as a Bear. Those numbers don’t immediately jump off the page, but they’re by no means terrible either.