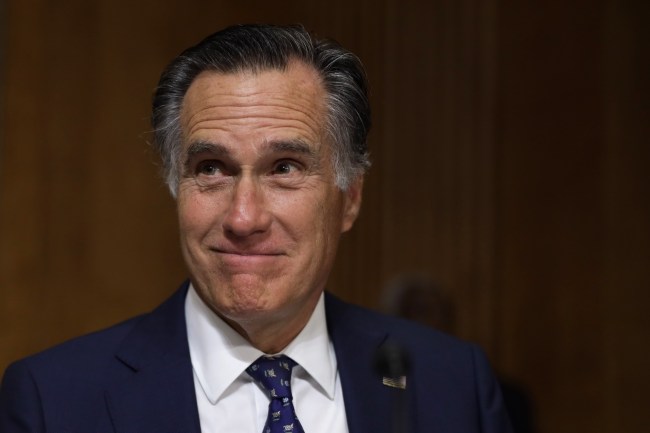 Mitt Romney, the senator of Utah, is in favor of student-athletes getting paid. In fact, he even went as far as to challenge the NCAA earlier this month by saying “we’re coming for you” after news broke that the Fair Pay For Play Act was signed in the state of California. And with the news that the NCAA is taking steps towards college athletes getting paid, Romney applauded the decision.

As much as Mitt Romney supports the idea of student-athletes getting paid, like most of us, he worries about how everything will actually work. For instance, will a starting quarterback at a big-time school be making hundreds of thousands of dollars for being the face of a campus, while his teammates are making pennies for being unknown? With the possibility for some superstar players to earn more because of their personal brand, it’s the one thing that Romney’s concerned about; and he went on ESPN’s Outside the Lines to discuss the NCAA’s recent decision.

At first, Mitt Romney made it clear that, once again, he is in full support with college athletes earning money. Take a look at what he said below.

“If not, why I think Congress will act to make some movement because I think we recognize it’s just not fair to have these athletes giving the kind of time they give to their sport and not receiving any kind of compensation or remuneration particularly at a time where they come from very, very poor families in many cases,” he said.

But here’s where Romney went a little bit too far, because he actually said he worries about some college athletes driving around in Ferraris, which, if that’s the case, hey, that’s their prerogative, so who is he to decide what a student-athlete does with the money he or she may earn.

"What you can't have is a couple athletes driving around in Ferraris while everybody else is basically having a hard time making ends meet."@MittRomney, who's in favor of athlete compensation for name, image and likeness, explains there needs to be adjustments to the approach. pic.twitter.com/R38klYEDSk

Like most things that pop up on social media, Mitt Romney’s Ferrari comment didn’t go over too well with Twitter users, who absolutely torched the senator, with many finding the irony in his concerns given the fact he’s worth $250 million himself, while others in the country struggle.

How does Mitt explain being a US Senator worth over $250 Million while many of his constituents have a hard time making ends meet? What’s the difference here?

Capitalism for me, but not for thee

It's better to have kids whose parents are in the 1% driving around Ferraris. – Republicans

Translation: “but what you can have is college coaches and athletic directors driving around in Ferrari’s while these kids and their families catch the bus”.

Mitt wants to keep capitalism for people that look like him.

If those athletes are producing hundreds of millions of dollars of revenue why shouldn’t they be driving Ferraris?

Mitt Romney, hedge fund near-billionaire and Senator who supported the Trump tax cuts for the wealthy:

We can't have a few people be fabulously wealthy while everyone else is basically having a hard time making ends meet…..in college sports.

Obviously, Mitt Romney’s support for college athletes is a good one — because, yes, those kids deserve the opportunity to make money for their talents and likeness being used in video games and such. And, while there are concerns about what the blueprint for it looks like, the fact that the Utah senator went to such extremes got him into hot water with social media.