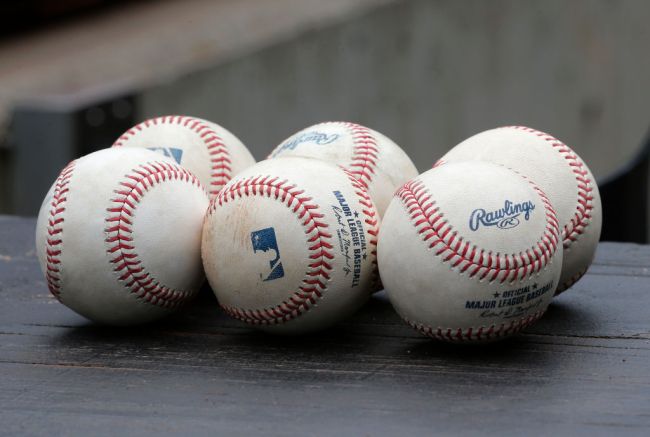 Major League Baseball is amid a massive crackdown on the use of sticky substances to doctor baseballs. The decision comes mid-season and it has star pitchers up in arms. Gerrit Cole, Trevor Bauer, Carlos Rodon, Tyler Glasnow, and Jack Flaherty are amongst those to speak out.

In addition to the regulation of substances, the MLB is trying to guarantee consistency with the texture of its balls. Last week, the league cut the window to apply mud to baseballs by three days.

Previously, teams were allowed to prepare their game balls five days in advance. Now, teams can only doctor them two days before games and must have their balls readied no later than 24 hours before the first pitch.

However, because mud application duties fall on clubhouse attendants, some balls are darker and coated with more mud, while others are lighter.I n addition, hitters and pitchers can have a significant influence on how those baseballs look and feel.

Per a USA Today report, the league is working with a company called Ball Mudder to try and eliminate variation. The machine applies whatever substance the MLB wants in a uniform manner. It could apply mud to a night’s worth of baseballs (about 24) in around 54 minutes.

Both parties have been working together since September of 2020. The founders of Ball Mudder reportedly signed a non-disclosure agreement.

“You’re going to have baseballs that are consistent whether you’re in Atlanta, San Diego, New York or Florida,” Ball Mudder founder Phil Small said to USA Today. “Everyone will have the same ball, and that’s what baseball wants. Both the pitchers and hitters want a level playing field, but right now balls are not consistently rubbed the same way. You have different people in different cities rubbing the balls differently on different nights. Our machine will rub the baseballs all of the same.’’

The machine doesn’t just keep texture and color consistent. It also coats the ball with an adhesive that changes color if a foreign substance is applied. It will eliminate the debate as to what is or isn’t legal. If the ball changes color, there is something illegal going on.

According to USA Today, a person with direct knowledge of the situation says that Small and Ball Mudder have had preliminary talks with the MLB.

That same person also said that the league is developing a prototype ball. It could provide better grip for pitchers as soon as 2022.

Whatever the solution is, pitchers have been vocal about needing better grip. Whether that means applying a tack-like substance, or making changes to the baseball, pitchers don’t want a ball that is so slick.