MLB Removed Marijuana From Its Banned Substance List, So Players Can Start Using Weed Products (With A Caveat) 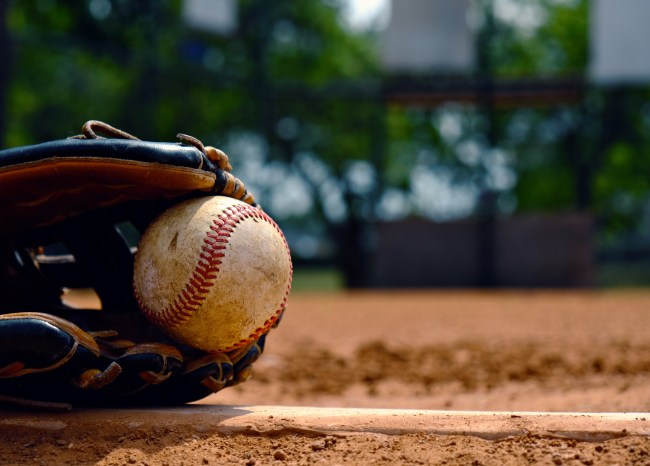 MLB just took a big step in the fight against opioids for pain management in its sport, as the league just removed marijuana from its banned-substance list. This is a major and influential decision, as MLB now becomes the first of the four major sports leagues to allow its athletes to utilize products that contain CBD, natural Cannabinoids — like CBD, THC and marijuana. However, the league will still ban synthetic THC products.

The news comes following the unfortunate death of former L.A. Angels pitcher Tyler Skaggs, who, upon an autopsy report, was found to have overdosed on Fentanyl, Oxycodone and alcohol. Skaggs was just 27 years old.

A growing problem nationally for pain management, opioids may now be replaced by popular CBD products, which many former pro athletes are utilizing to recover from years of training, performance and injury. Here’s the official statement from MLB below.

Today, @MLB and the @MLB_PLAYERS jointly announced significant changes to the Drug of Abuse provisions of the Joint Drug Prevention and Treatment Program. pic.twitter.com/jIie1JDVAg

As the statement from MLB above mentions, drugs like synthetic Cannabinoids, cocaine and opioids, which includes fentanyl, will be added to its list of drugs that will be tested, but only players who do not cooperate with their treatment plans will be subject to discipline.

“Going forward, marijuana-related conduct will be treated the same as alcohol-related conduct under the Parties’ Joint Treatment Program for Alcohol-Related and Off-Field Violent Conduct, which provides for mandatory evaluation, voluntary treatment and the possibility of discipline by a Player’s Club or the Commissioner’s Office in response to certain conduct involving Natural Cannabinoids,” MLB said in a press release.

Players will also be required to participate in educational programs on “the dangers of opioid pain medications and practical approaches to marijuana,” with these programs focusing on “evidence-based and health-first approaches based on reputable science and sound principles of public health and safety.”

Talks to add testing for opioids began following the death of Los Angeles Angels pitcher Tyler Skaggs, who was found dead in his hotel room in the Dallas area July 1 before the start of a series against the Texas Rangers. A medical examiner’s office said the 27-year-old died after choking on his vomit with a toxic mix of alcohol and the painkillers fentanyl and oxycodone in his body.

“Players from our side of the equation recognize that there was an opportunity to take a leadership role here in this discussion,” union head Tony Clark said. “Players aren’t immune to issues that affect all of us, and so the situation this year only heightened that, brought it even closer to home.”

Moves by some states to legalize marijuana use factored into the change.

“It was a part of a larger conversation that was reflective of the attitudes changing in many parts of the country,” Clark said.

This is a big move by MLB, and may open up the possibility of other leagues to allow things like CBD as well, with Cannabinoid products banned by other major sports leagues like the NBA, NFL and NHL. With many states legalizing CBD, it’ll be interesting to see if these other leagues begin to loosen their stance about using CBD products, too.