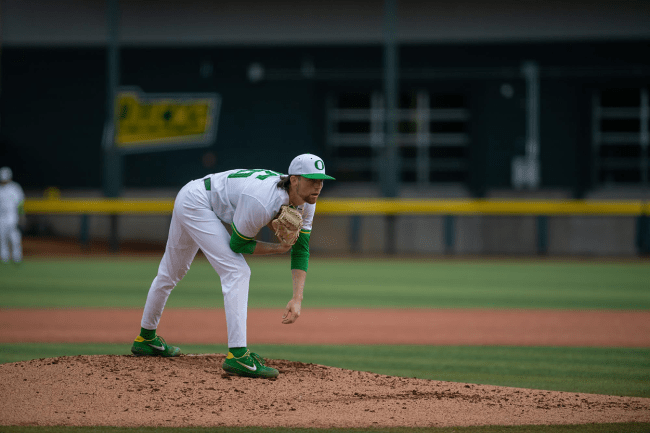 The New York Yankees and Texas Rangers made a trade this weekend and one of the players involved had absolutely no idea he had been dealt. Instead of being informed by the team, he found out through Instagram.

On Saturday, Texas traded catcher Jose Trevino to New York in exchange for a pair of prospect pitchers. Right-hander Albert Abreu and lefty Robert Ahlstrom were sent to Dallas/Arlington as a part of the deal.

The Rangers gave Trevino the honor of an in-person meeting to let him know that he was the newest member of the Yankees. President of baseball operations Jon Daniels, general manager Chris Young, manager Chris Woodward and catching coach Bobby Wilson were all in the room.

But nobody informed Ahlstrom. Neither New York nor Texas let him know that he had been traded and he found out on social media.

A Yankees fan page commented on one of Ahlstrom’s post to wish him luck in Texas. Ahlstrom had no idea what was happening and asked the fan page what was going on.

In response, the fan page let him know that he had been traded. Ahlstrom asked, “I did?” 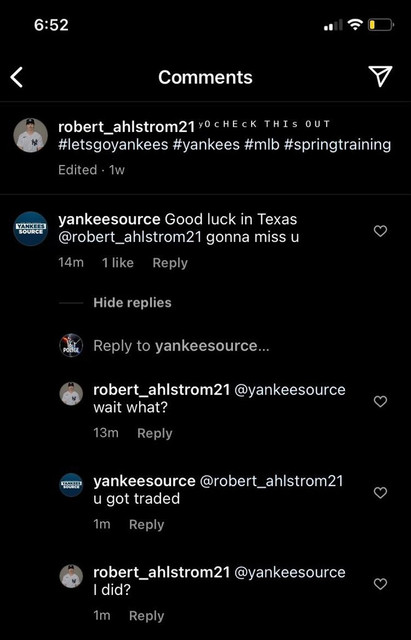 Ahlstrom, was in fact traded.

The team may have been waiting until all of the final details were ironed-out to let him know. However, in the age of the internet, deals are often reported before the ink dries and, in this case, the fan page knew before the player.