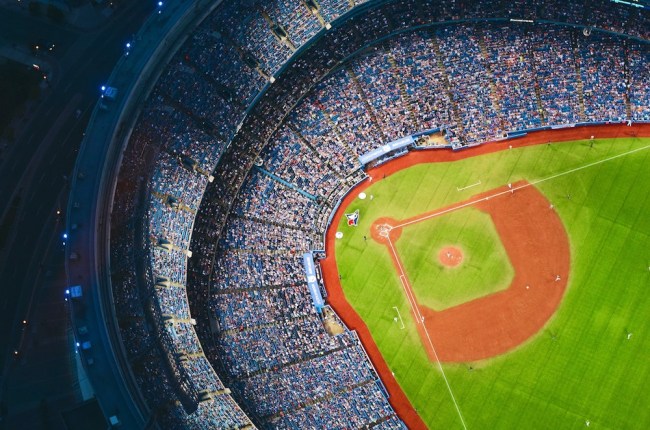 Photo by Tim Gouw from Pexels

With several states doing a soft open, allowing certain businesses, beaches, and parks going back to normal operation, it’s natural for people to ask “when the hell are we getting sports back?!?”

The NBA returning is a possibility, the NFL doesn’t have to make any decisions yet, and the NHL is considering a 24-team playoff.

Major League Baseball seems to be going with a “when” and not “if” approach to salvaging the 2020 season.

According to several sources, there’s a proposal on the table to start the season in July, bring the total regular-season games down to 80, create new divisions based on regions, and play games without fans.

ESPN’s Jeff Passan reported that league officials are putting together a “return-to-play proposal.” Players would report to team facilities by mid-June for a short preseason with Opening Day tentatively scheduled for July 1.

The proposal will be presented to the Players’ Union this week, and insiders think the real sticking point will come down to safety and money.

Without fans in the stands, players might need to take a salary cut.

“I don’t think anything can be done until that [safety] can be guaranteed and we feel comfortable with it,” executive board member and Cardinals reliever Andrew Miller told ESPN. “We want to put a good product on the field, but that’s totally secondary to the health of the players. We are generally younger and healthier, but that doesn’t mean our staff is, that doesn’t mean the umpires are going to be in the clear.

“It’s not hard to get one degree of separation away from players who have kids who may have conditions, or other family members that live with them. I’m confident before anything happens, we’ll sort through all those issues.”

Miller told ESPN that the players haven’t seen any actual proposals from the league. Players learn about proposed plans through the media, just like fans, making it hard for the union to do their job.

“As soon as something hits the news, the text messages go and the phone call happens … yet MLB hasn’t sent us any form of presentation or proposal,” Miller said. “That’s tough. It puts us in a weird situation.”