Ever Wanted To Drink Beer Out Of The Stanley Cup? Molson Canadian’s Newest Brew Might Be The Closest You’ll Ever Get 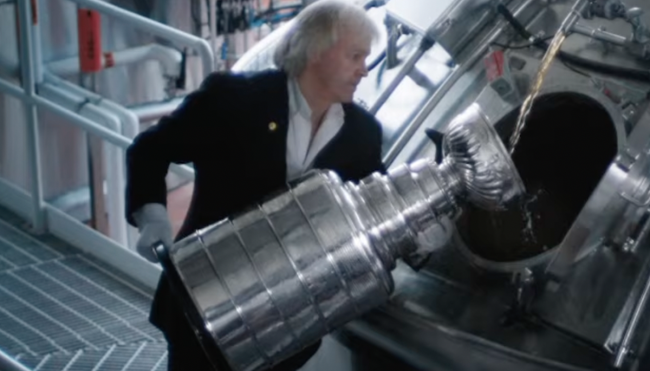 Last week, Phil Mickelson gained some serious Instagram clout when he posted an amazing flex of himself drinking a $450 bottle of wine out of the Wanamaker Trophy he secured at this year’s PGA Championship.

As I mentioned in the article, there’s no better way to savor the taste of victory than getting to drink booze out of the piece of hardware you earned as a result—and there isn’t a more iconic vehicle to do exactly that than the Stanley Cup.

Over the years, Lord Stanley’s trophy has been home to a wide variety of celebratory meals and has even been filled with holy water for a baptism. However, I’d argue it’s most commonly deployed as the world’s most impressive beer stein, as teams have a long history of hitting the town and passing it around to lucky fans at bars during their well-earned post-championship benders.

Most people will never get the chance to drink beer out of the Stanley Cup, but thankfully, Molson Canadian is releasing the next best thing in the form of a limited-edition lager that “kissed” the trophy during the brewing process.

The beer—which is only available in Canada—was made in conjunction with the NHL, which dispatched Keeper of the Cup Phil Pritchard to Molson’s brewery in Toronto, where the brew came into contact with hockey’s ultimate prize before being packaged into special bottles.

I hope Molson sends a few cases over to the Maple Leafs, because that’s probably the closest their current squad will ever get to drinking out of the Stanley Cup.