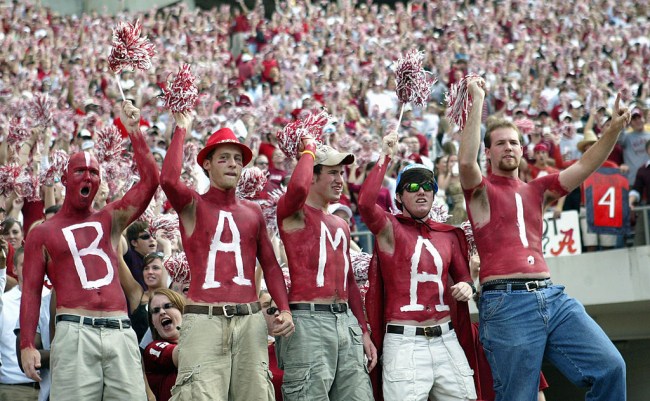 College Football isn’t too different from the NFL in the sense that year after year, unexpected teams will make a run at the playoffs while there will simultaneously also be a group of Blue Chip programs competing for the title. Alabama, FSU, Ohio State, USC, Texas, UF, Michigan, Notre Dame, Auburn, LSU, Penn State…The list goes on and on.

This list accounts for all revenue and expenses, and the WSJ has actually ranked the 115 Most Valuable College Football Teams. So if you don’t see your team in the top 25 below you can click on through to see where your program ranks. 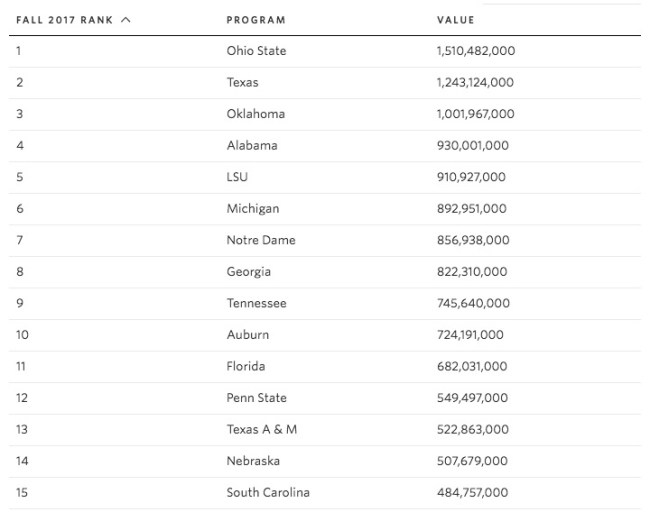 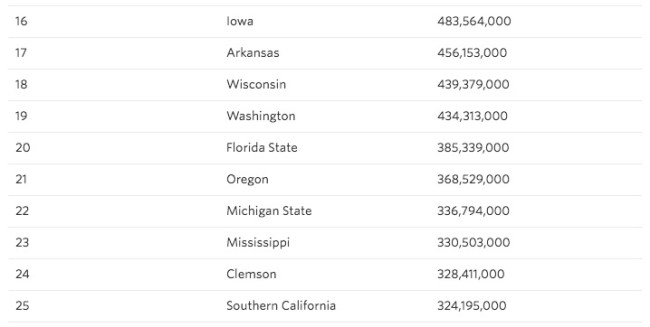 It’s somewhat surprising to see USC ranked 25th when they’ve been an A-List program for generations. I guess the past decade of coaching changes, recruiting whiffs, and an overall failure to win big games and perform when the spotlight is on has really cost that program in value. Likewise, I’m consistently shocked that the University of Texas is consistently ranked in the top 3 most valuable college football teams when they’ve been playing such shitty football for years now. It’s remarkable that the brand is still worth so much without any positive results for the fans.

As I mentioned before, the Wall Street Journal ranked the 115 Most Valuable College Football Teams, not just the top 25. So if you don’t see your team above you can follow that link and see where your school ranks.