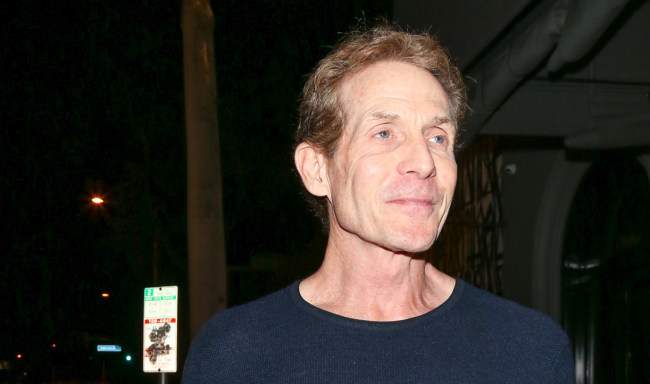 Thursday, on The Skip Bayless Show, the Fox Sports talking head had his wife Ernestine Sclafani on the show for a little Q&A.

Among the topics discussed were how much she likes LeBron James (“I like LeBron, I’m sorry. I’m going to admit.”) and the fact that there is a movie in development based on being married to the host of Undisputed.

That’s right. Skip Bayless is getting a movie made about him.

The film will be based on a 2019 written by Bayless’ wife Ernestine titled Balls: How to keep your relationship alive when you live with a sports-obsessed guy.

The book is “a double entendre title because it’s about ball games and also about testosterone which spills all over our household,” Skip informed his viewing and listening audience in case there was a one in a million chance they didn’t figure it out on their own.

Literally about an hour later, Ernestine dropped the bombshell news.

GAC Family used to be a channel called Great American Country, for the unfamiliar.

Oh, our fingers are most definitely crossed that this movie comes to fruition.

Who exactly is the target audience for this?

I'm always down for a good horror movie