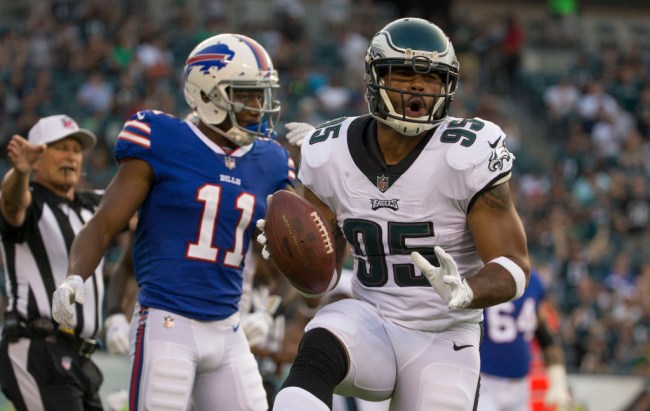 This afternoon, NFL.com’s Ian Rapoport reported that free agent linebacker Mychal Kendricks would join the Browns after signing a one-year deal with the team to form “one of the most talented” linebacking groups in football.

Sources: The #Browns are signing free agent LB Mychal Kendricks to a 1-year deal, bolstering their linebacking group late in the offseason. Along with Jamie Collins and Christian Kirksey, it could be one of the most talented in football.

Not only did Kendricks’ agent deny the report but Kendricks himself spoke to Vikings beat reporter Chris Tomasson and blasted Rapoport with this expletive filled-rant.

It looks like Kendricks is still probably negotiating his deal with the Browns and Rapoport may have jumped the gun with his reporting.