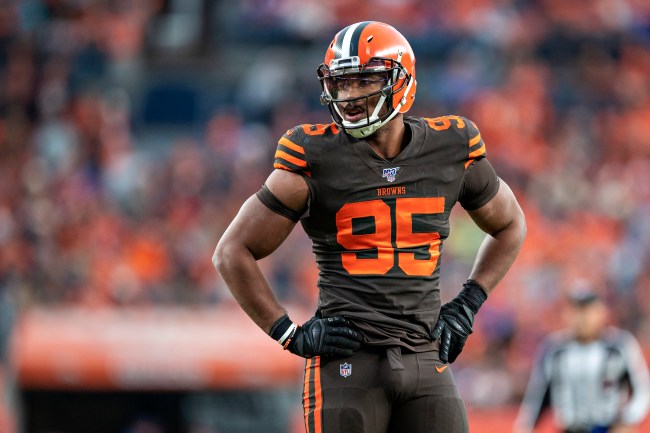 It appears Thanos stopped by a random pickup basketball game to commit a homicide on a dude presumably just trying to get some cardio in to perform better for his wife in the sack.

The poor guy was hoping to run against like-bodied individuals, but as the earth shook around him, Myles Garrett walked in. 6’4”, 270 pounds of pure tungsten.

Garrett balled in high school and his half-brother, Sean Williams, was a star at Boston College and was selected number 17 in the first round of the 2007 NBA draft by the New Jersey Nets.

But it may be his last.

Browns front office, you can un-pucker your buttholes now. Robert Edwards situation looks to be averted.