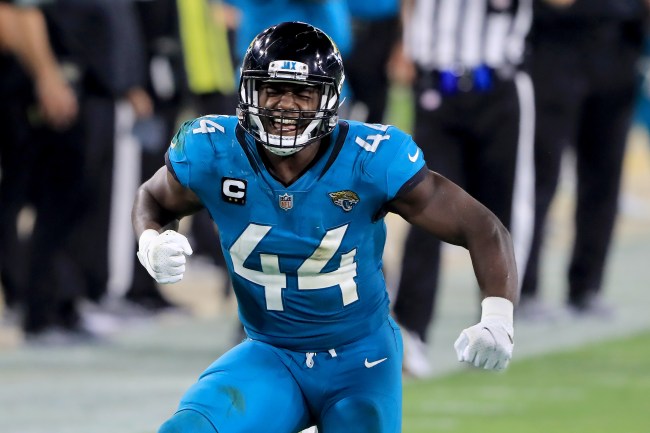 Jacksonville linebacker Myles Jack is having a great year. The fifth-year player out of UCLA moved back to his natural position in the offseason and has been involved in pretty much anything positive from the Jaguars’ defensive unit. What you may not know is that he is also a fantastic actor.

He brought down Packers running backTyler Ervin in the first half of Sunday’s bout and laid on top of the ballcarrier a little bit too long for left tackle David Bakhtiari’s liking. No. 69 came over and pushed Jack off his teammate. Jack proceeded to sell the flop in a performance deserving of every Academy Award.

The arm flail is standard, but the way he kicks out his right leg on the backward descent is what really takes it to the next level. He didn’t get the call, but he gave it his all.