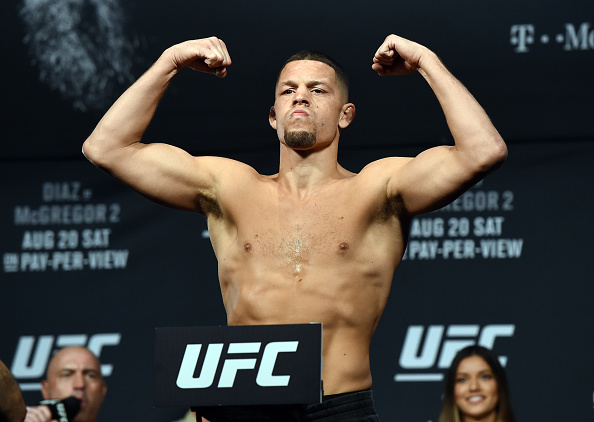 Early this morning UFC lightweight champion Khabib Nurmagedov threatened to quit the UFC if the organization decided cut ties with his teammate Zubaira Tukhugov for jumping in the Octagon and attacking Conor McGregor during this weekend’s UFC 229 brawl.

I would like to address @ufc
Why didn’t you fire anyone when their team attacked the bus and injured a couple of people? They could have killed someone there, why no one says anything about insulting my homeland, religion, nation, family?

Why do you have to punish my team, when both teams fought. If you say that I started it, then I do not agree, I finished what he had started.

In any case, punish me, @zubairatukhugov has nothing to do with that.
If you think that I’ll keep silent then you are mistaken. You canceled Zubaira’s fight and you want to dismiss him just because he hit Conor. But don’t forget that it was Conor who had hit my another Brother FIRST, just check the video.

if you decide to fire him, you should know that you’ll lose me too.

We never give up on our brothers in Russia and I will go to the end for my Brother. If you still decide to fire him, don’t forget to send me my broken contract, otherwise I’ll break it myself.

Nate Diaz, the only other person to defeat Conor McGregor in the Octagon, took to Twitter to mock Khabib over his ultimatum.

@danawhite please let kabobs dumbass friend stay in @ufc
Fire me it will be bettter this way.
I think it’s more fair that way …

It is worth noting that Diaz is interested in fighting Nurmagedov after his UFC 230 bout with Dustin Poirer was cancelled.

Asked @NateDiaz209 what’s next now that Dustin Poirier is out of UFC 230. His response?

Diaz is in line to make a ton of money if he can talk himself into a fight with either Nurmagedov or McGregor in the next year or so.

Nate is smart… He knows supporting Conor will get him the rematch and make enough money to retire… Gangsta gangsta pic.twitter.com/ntgRjUR3gZ