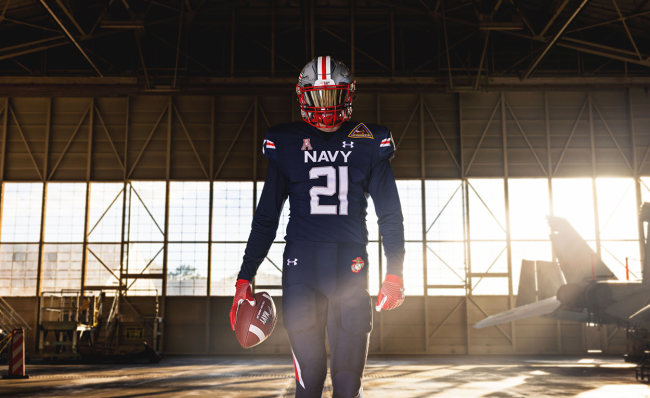 This year’s Army-Navy football game is going to be one of the greatest uniform matchups in history. The Black Knights released a remarkable Special Forces uniform earlier this week, and the Midshipmen are set to wear a Naval-Aviation themed kit that are equally as amazing.

Navy’s uniforms use its most famous career path as inspiration.

Steel in the water. Fire power in the sky.

The coolest feature of the uniform is the helmet. Each one was hand-painted and depicts an accurate representation of the Super Hornet. Because of their intricate detail, every single helmet took three hours to produce, for a total timeline that spanned nearly six months.

A look at the creation of the hand painted helmets for the ‘Fly Navy’ uniform that @NavyFB will wear for the Army-Navy Game.#uniswag pic.twitter.com/D3rBiApXmC

The right side of the helmet prominently features the U.S. military aircraft national insignia. The “roundel,” adorns aircraft piloted by all branches of the military. 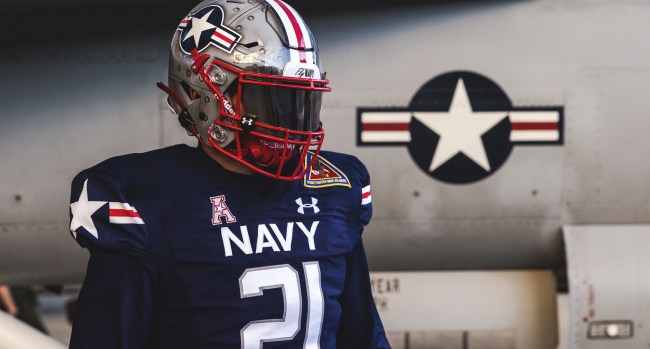 On the left side of the helmet, emblazoned is an actual F/A-18 Super Hornet. 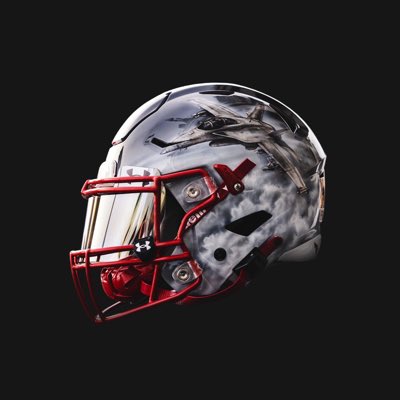 As for the rest of the uniform, it is all navy and intentionally simple. The “roundel” is also displayed on both shoulders. 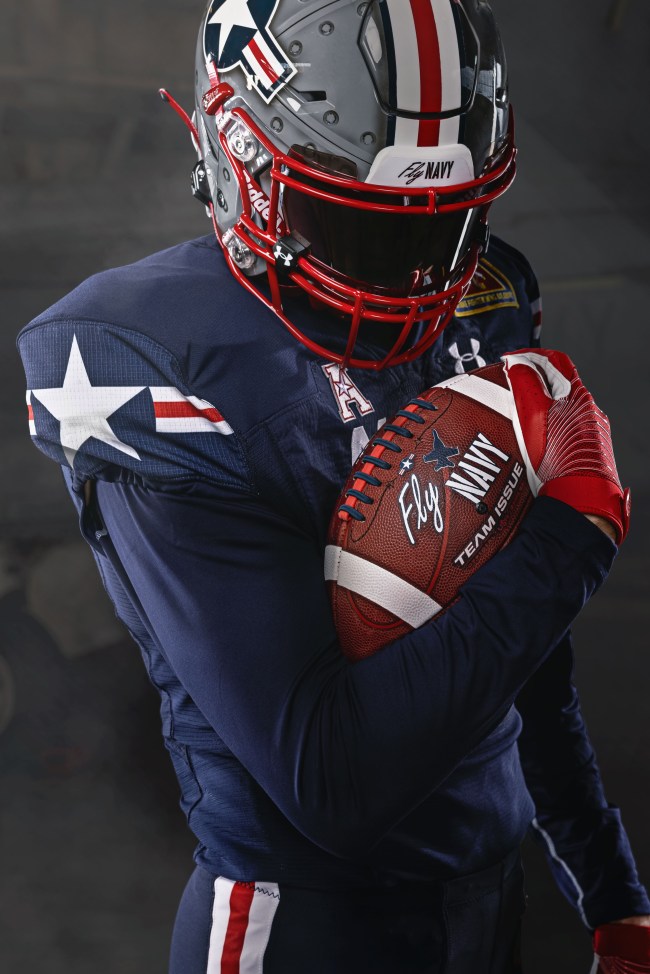 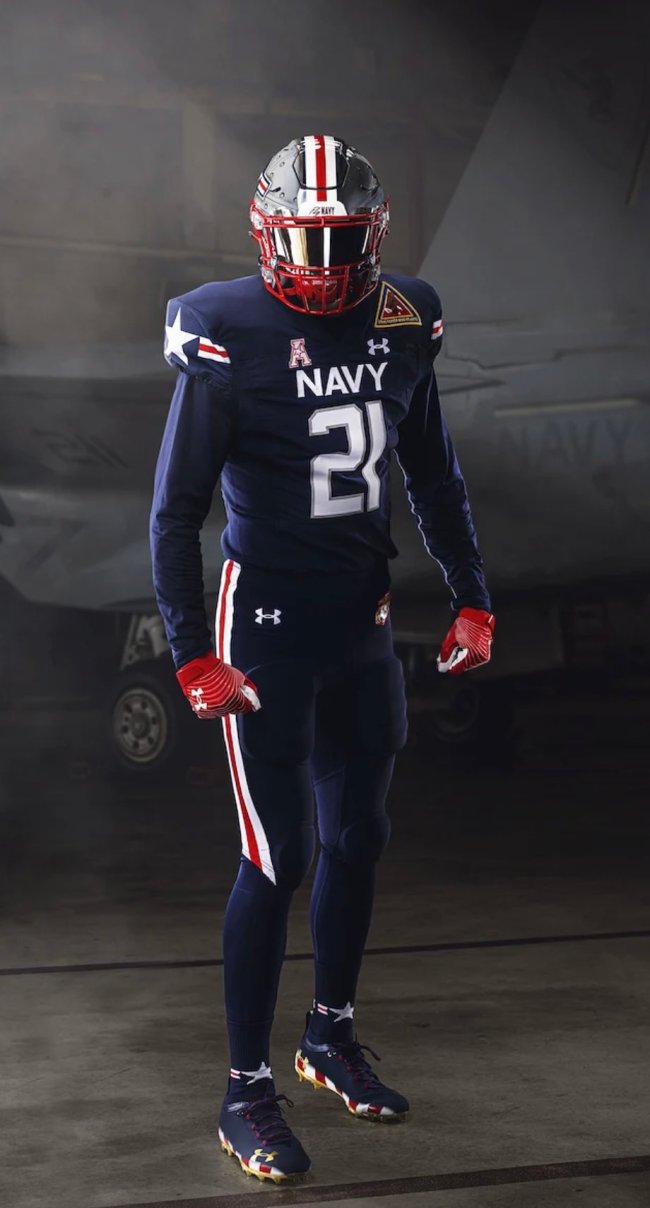 The gloves tie the whole “Fly Navy” uniform together. 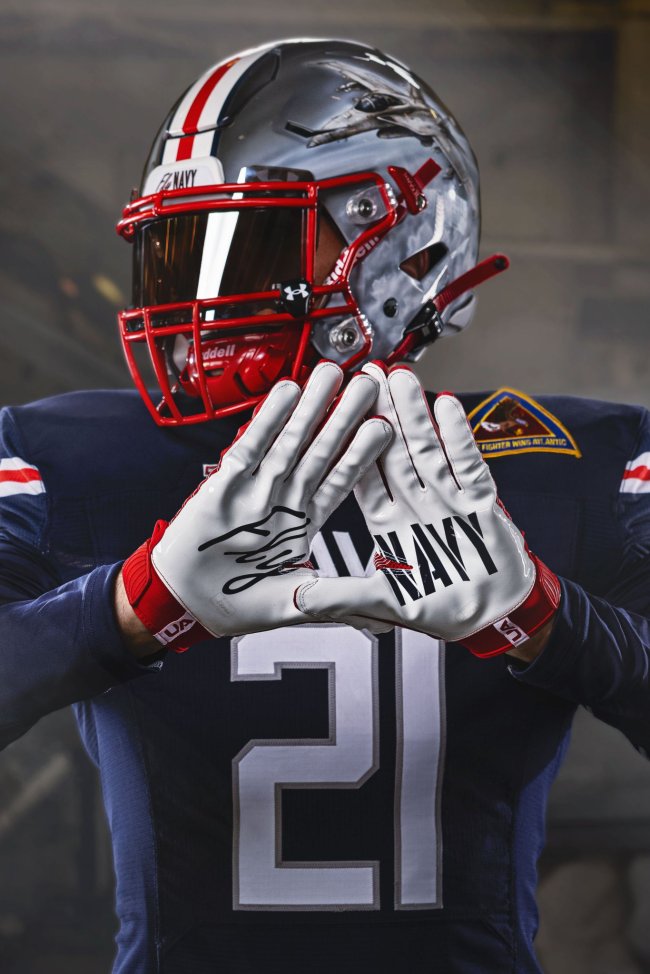 Shoutout to Under Armour here— they did a phenomenal job with this year’s uniform. When the two teams take the field next weekend, it is going to be beautiful.