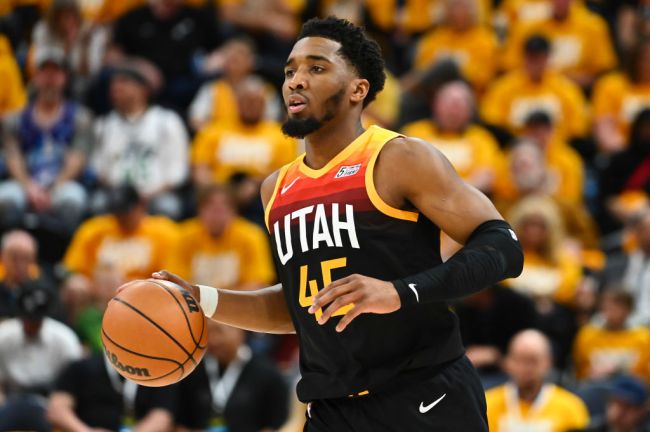 Since reports surfaced that the Utah Jazz would be listening to offers for Donovan Mitchell, there has one team that has been expected to land Mitchell this offseason. The New York Knicks quickly became the assumed favorite to land young guard in a deal.

While many Knicks fans are excited about the possibility of landing Mitchell and most believe that Mitchell makes the Knicks a definite playoff team in the Eastern Conference. It turns out that one of ESPN’s analysts sees that as wishful thinking.

Tim Legler appeared on “Get Up” today and revealed that he believes the Knicks will end up in the play-in game even if they land Donovan Mitchell.

“If we’re being honest about it, I think they’re still probably a play-in team”

— Tim Legler on the Knicks if they trade for Donovan Mitchell pic.twitter.com/xHsOyHJdIz

That’s a pretty bold claim to make about a Knicks team that has made large improvements this offseason. Jalen Brunson is the first truly dependable ball handler they’ve rostered in years. Donovan Mitchell would give them the go-to scorer their team has been missing over the past couple of years.

Acquiring Mitchell wouldn’t put the Knicks right into the same conversation as teams like the Celtics, Bucks, and Heat who are expected to find themselves at the top of the conference and continuing for a ring, but it should put the Knicks in the next tier.

There is plenty of reason to believe that the Knicks, as long as they don’t have to give up any key pieces to land Mitchell, could compete with the Raptors, Bulls, and Hawks for the 5th spot in the conference.

Mitchell might not be able to make the Knicks an immediate contender without another move or improvement from some of the team’s younger players, but it should be the expectation that they make the playoffs and he could even help them win their second playoff series in over 2 decades.