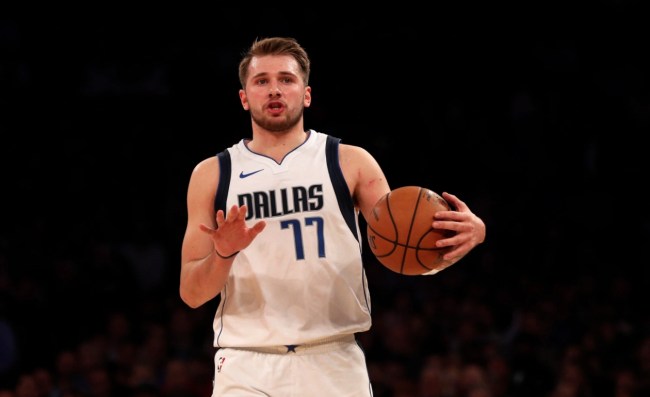 Believe it or not, the 2020-21 NBA season is set to tip-off in just a few weeks with the first games tentatively scheduled for December 22. As per usual, Christmas Day will feature some of the top teams and players around the league to jump-start the new campaign, according to ESPN’s Adrian Wojnarowski.

The marquee matchup on December 25 will feature Luka Doncic and the Dallas Mavericks traveling to Los Angeles to take on LeBron James and the defending champs at 8:00 PM EST. Prior to that matchup, the first game of the day will be an exciting one with Zion Williamson and the New Orleans Pelicans taking on the Heat in Miami at noon EST. The Pels played on Christmas a year ago, but Williamson was sidelined with an injury.

The Golden State Warriors visit Giannis Antetokounmpo and the Bucks for the 2:30 PM EST game, but it may be the 5:00 PM EST game that’s the most intriguing one with the Brooklyn Nets squaring off with the Boston Celtics. Kevin Durant and Kyrie Irving never took the floor together last season due to injuries, so seeing them team up on Christmas Day could be pretty special.

The nightcap will feature the other team in Los Angeles with the Clippers traveling to Denver to battle the Nuggets at 10:30 PM EST. The Nuggets shocked the world in the NBA Playoff bubble just a few months ago in coming back from a 3-1 series deficit which led to LA parting ways with head coach Doc Rivers.

One of the more interesting things to keep an eye on will be whether or not any fans will be allowed into any of these games. Some of the latest reports have suggested that 5-10 teams are expected to let at least some number of fans through the doors, but that will certainly be a state-by-state and city-by-city situation.