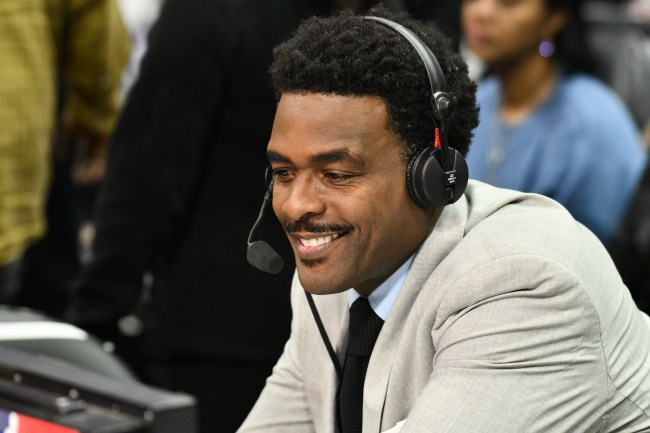 The NBA playoffs have been pretty amazing so far, unfortunately, fans are not happy with one aspect of TNT’s broadcast during games.

While Chris Webber was pretty likable as a player, fans absolutely can’t stand the way he announces games.

The main complaint concerning Webber is that he doesn’t stop talking and is prone to talking in circles.

Chris webber is a walking run on sentence pic.twitter.com/Z5SZo5sEMx

Fans were not happy when they were forced to listen to Webber commentating during a primetime Lakers-Blazers game on Monday.

Nobody :
Nba twitter after not even a half of Chris Webber : pic.twitter.com/rLGfIyCKmz

They gotta start giving Chris Webber the 1pm games. This is brutal

Me trying to understand what the hell Chris Webber is talking about pic.twitter.com/VHE9106XqK

Okay seriously, @NBAonTNT, you need to do something about Chris Webber. He's really bad at this whole commentator thing.

They really gave us Chris Webber for the Lakers' Kobe Day game pic.twitter.com/ZFKbiNnG6d