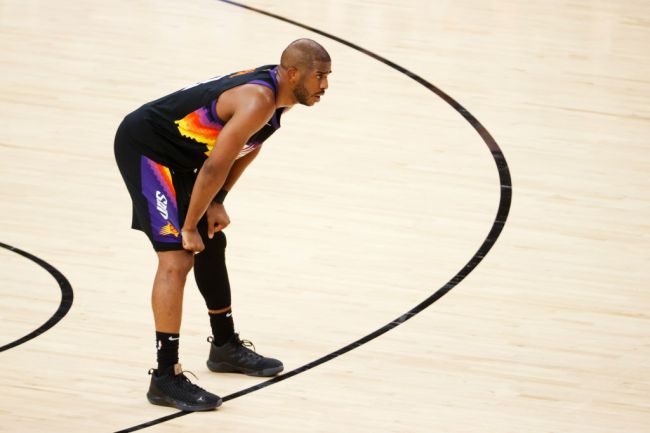 Chris Paul had a rough game 4 in the NBA finals and fans are letting him having it.

On Wednesday night, CP3 only scored 10 points and gave up 5 turnovers while his teammate Devin Booker scored 42 points and kept the game close.

Late in the fourth quarter with under a minute left in the game, Paul gave up a costly turnover while down two points that ended up clinching the game for the Bucks.

After the game, Paul was immediately mocked by NBA fans on the Internet over his terrible game 4.

CP3 when the lights is too bright pic.twitter.com/CAQwH9uXb2

Damn Cp3 went 5-13 with a costly turnover I thought he was the point god pic.twitter.com/KBexrnr0v2